The coronavirus outbreak is officially a crisis – let’s not waste it. 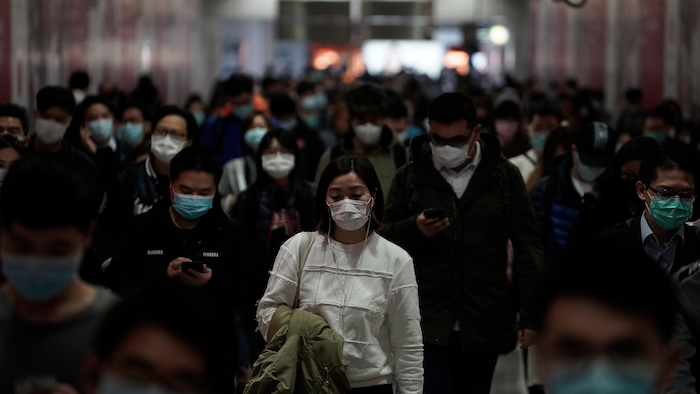 Undeniably, the international community is taking the matter very seriously, as it should given that the death total from the COVID-19 epidemic already well surpasses that from SARS in the early 2000s.

The World Health Organization declared the outbreak a public health emergency of international concern, researchers across the globe are furiously working on vaccines against COVID-19, and governments including the U.S. and U.K. have allocated more funds to boost research and development.

However, even if the international response to COVID-19 has been relatively strong, it may rightfully be considered too little too late, with the epidemic already underway. That’s a mistake we shouldn’t repeat.

As global health researchers, we study the full societal value of vaccination and other interventions to combat infectious disease. Given the tremendous costs associated with epidemics, it’s vital that we begin working to prevent the next outbreak, even as the world struggles to fight COVID-19.

What’s remarkable about the current situation is its predictability.

And it was even predictable that an unknown pathogen would be just as likely to spring an epidemic as a known one.

As was the case with SARS and Zika, the pathogen responsible for the current epidemic was not on anyone’s radar before it began wreaking havoc in China and beyond.

It was also predictable that a rapidly progressing epidemic would have significant and wide-ranging health, economic and social impacts.

Less than two months into the epidemic, China’s health system has already experienced major strain, with Wuhan in particular struggling to provide quality care to coronavirus patients. In addition, this may be crowding out treatment of other conditions.

And the resulting political and social challenges continue to pile up, such as mass quarantines, discrimination, the spread of misinformation, mistrust in government and extra strain on already tense international relations.

The total costs of this epidemic are already significant and could get much worse.

The predictability of the current situation reflects the inevitability of outbreaks and epidemics.

We may not be able to say with certainty where and when they will occur – or what the causative pathogen will be – but we know that another is always lurking. There are also many reasons to believe that their frequency will increase.

Even as global population growth slows, it continues apace in the world’s most economically and politically fragile regions. Increasing urbanization is leading to the proliferation of large, dense population centers that act like giant petri dishes for infectious diseases. And population aging is increasing the share of people who are more susceptible to infection and disease.

The geographic ranges of some pathogens and important disease carriers like mosquitoes are expanding due to climate change. And humans keep encroaching on animal habitats, increasing the likelihood of cross-species spillovers.

International travel continues to become more common, and globalization ensures that the economic effects of an outbreak anywhere will ripple across distant reaches of humanity.

Preparing for the Worst

Given all of the costs of epidemics – and all the factors favoring their repeated occurrence – stable and large-scale investments in organizations and activities dedicated to outbreak preparedness, prevention, mitigation and response are likely to pay tremendous dividends.

The Coalition for Epidemic Preparedness Innovations, an alliance to finance and coordinate the development of new vaccines, certainly merits substantial funding, as does development of vaccine platforms generally. Likewise, greater funding for novel antimicrobial treatments and improved diagnostics is desperately needed. Increased pathogen surveillance in both humans and animals is another urgent priority.

Perhaps what is lacking more than funding, though, is a sufficient level of coordination among the many players in the loose network of international and country-level organizations responsible for controlling and responding to infectious disease outbreaks. The fragmented nature of the global health system creates the possibility for considerable research and functional gaps as well as wasteful duplications of effort.

We’ve argued before for the establishment of a global technical council on infectious disease threats to improve collaboration and coordination across organizations, carry out needed research and make high-level, evidence-based recommendations for managing global risks. Such a council would be composed of experts from a wide range of disciplines – including epidemiology, vaccinology, public policy and economics – and could either be affiliated with the WHO or stand alone.

The bottom line is that more and sustained resources are sorely needed to prevent, or at least mitigate, the next outbreak and its impact – whether caused by another coronavirus, a hemorrhagic fever like Ebola, pandemic influenza or a pathogen not yet discovered.

Taking these measures may be expensive, but it will be more costly to sit on our hands. The next outbreak assuredly lies just around the bend.

This article is republished from The Conversation under a Creative Commons license. Read the original article here: https://theconversation.com/coronavirus-we-need-to-start-preparing-for-the-next-viral-outbreak-now-132051.

US Orders for Durable Goods Slip 0.2%