Eliminating the Advanced Technology Vehicle Manufacturing Loan Program could create some issues for the administration. 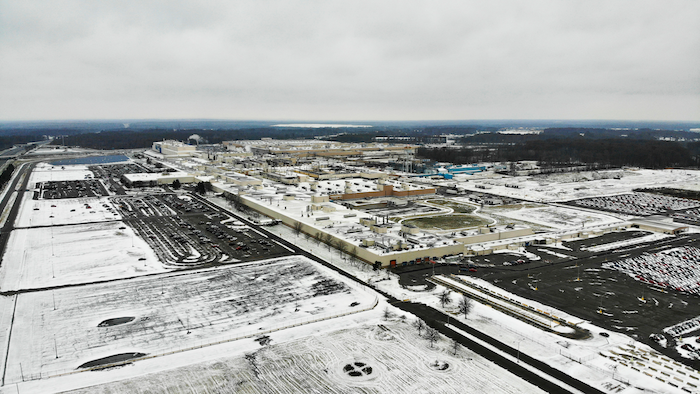 In a summary of the budget for the coming fiscal year, the administration said Monday it wants to eliminate the Advanced Technology Vehicle Manufacturing Loan Program, which was created in 2007 to foster development of fuel-efficient vehicles. Lordstown Motors Corp., a new venture that's trying to reopen the former Lordstown GM factory east of Cleveland to build electric trucks, is considering asking for a $200 million from the loan fund. It's also getting a $40 million loan from GM.

But it's not clear just yet whether the loan program's demise would cut off money for Lordstown Motors. There are still just over seven months left in the current budget year, and the program still has more than $17 billion available to loan, according to the Department of Energy, which runs the program.

Lordstown Motors said Monday that is has not yet applied for the loan and that it is just one of several financing options under review. "We will factor this new information into our decision-making process, but our business model stands on its own without it," the company said in a statement.

Lordstown Motors could still apply for a loan during the current budget year, the Energy Department said. Eliminating the program could be problematic for President Donald Trump, who campaigned on bringing back manufacturing jobs to Ohio, a key state in his re-election campaign. Trump lambasted GM for plans to close the Lordstown plant and then praised the new electric truck venture.

According to a summary of Trump's budget plan, the administration wants to eliminate the loan program and others because the private sector should have a primary role in taking risks on new commercial projects. "The government's best use of taxpayer funding is in earlier stage R&D," the document says.

U.S. Rep. Tim Ryan, a Democrat who represents the area and has been helping Lordstown Motors with the loan application, said he plans on talking with the Trump administration and is optimistic there is a way to make sure the money is available. "I can't see why they wouldn't want to be a part of this," Ryan said Monday. "It would be something we could work on together, and at the end of the day this will lead to jobs with good wages and benefits."

These type of public-private partnerships, he said, are needed to help create a new manufacturing economy and rebuild the middle class.

The Advanced Technology Vehicles manufacturing program started under the Obama administration with $25 billion, the Energy Department said. It loaned $5.9 billion to Ford Motor Co. to upgrade its factories to build efficient vehicles, and another $1.45 billion to Nissan Motor Co. to retool a Tennessee factory to build electric vehicles. Nissan repaid its loan, as did Tesla Inc., which got $465 million to ramp up its Fremont, California, plant.