They blocked a railroad track for three days over unpaid wages. 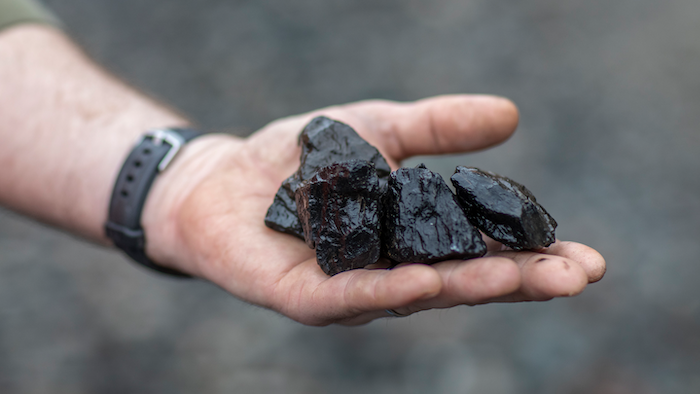 In this Tuesday, Jan. 14, 2020, photo, Dusty Maynard, an employee of Quest Energy, holds pieces of coal found on the ground near railroad tracks where miners, who say they haven't been paid in nearly three weeks, block a coal train in the Kimper area of Pike County, Ky. A group of Kentucky coal miners who blocked a railroad track for three days over unpaid wages have ended their protest, claiming victory with their paychecks.
Ryan C. Hermens/Lexington Herald-Leader via AP

PIKEVILLE, Ky. (AP) — A group of Kentucky coal miners who blocked a railroad track for three days over unpaid wages have ended their protest, claiming victory with their paychecks.

Miners and their families began standing on the tracks leading from Quest Energy in Pike County on Monday, preventing a train loaded with coal from leaving. The miners said they hadn't been paid since Dec. 16.

The few miners who remained on the tracks Wednesday evening told news outlets they were leaving because they had received payment, which included overtime pay, vacation days, all other money owed to them and this week's check in advance.

Miners said they were supposed to have been paid last week, but then the date was pushed back to Monday, then Wednesday.

“If a man's word ain't no good, he ain't no good. You don't tell these men, 'payday will be there Friday for sure.' Just to get them to come out and work,” said Jennifer Blackburn, the wife of one of the miners.

The group had vowed to keep up the protest until they received payment.

American Resources Corp., which owns Quest, previously told news outlets the claims that workers haven't been paid since Dec. 16 were untrue. The company blamed a “temporary blip” in the coal market.

Miners last summer in Harlan County held a similar protest when Blackjewel filed bankruptcy. The miners eventually were given a deal to be paid and let the train pass.