Changing CEOs was the easy part. 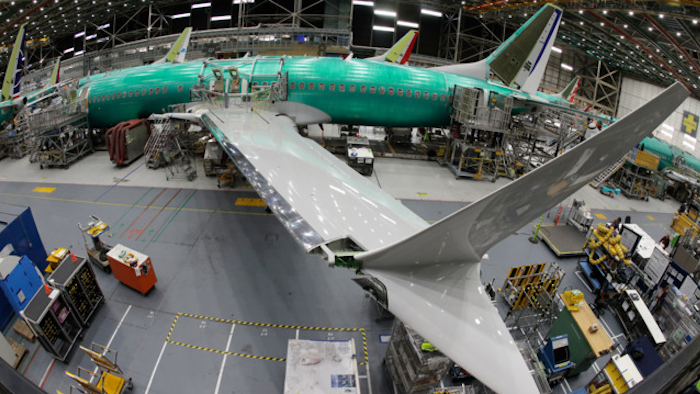 Changing CEOs was the easy part. Now it's up to Boeing's new leader to deal with a crisis caused by two crashes and the grounding of the company's best-selling plane.

Calhoun will oversee Boeing's legal strategy as it deals with dozens of lawsuits by families of the 346 people who died in crashes of the 737 Max jetliner. Calhoun's to-do-list also includes repairing Boeing's strained relationship with its chief regulator, and overseeing compensation to airline customers who canceled thousands of flights because their Boeing jets were grounded.

Maybe most significantly, he must try to restore the company's battered reputation and the impression that it put profit over safety.

In an email to employees, which Boeing made available to the public, Calhoun spelled out several priorities for 2020. First, he wrote, is safely returning the Max to service, followed by restoring trust in the company.

"This is a crucial time for Boeing," Calhoun said. "I see greatness in this company, but I also see opportunities to be better. Much better."

Calhoun said he will spend his first weeks as CEO listening to employees, customers and regulators and assuring them Boeing is on the way to meeting their expectations.

Calhoun is an experienced executive who once ran General Electric's jet-engine business and served as chairman of the Boeing board for 10 years. His fellow directors described him Monday as the right fit for CEO.

"With deep industry experience and a proven track record of performance, Dave is the right leader to navigate Boeing through this challenging time in our 104-year legacy," said Lawrence Kellner, a former United Airlines CEO who is replacing Calhoun as Boeing chairman. "We're confident Dave will take Boeing forward with intense focus on our values, including safety, quality and integrity."

Boeing announced on Dec. 23 that it would replace Muilenburg. An interim CEO took over for three weeks while Calhoun, who was most recently a private-equity executive, cut ties to other companies.

Calhoun, 62, will get a base salary of $1.4 million but potentially several million more in bonuses and stock awards, including $7 million if he gets the Max back in service.