He says he wouldn't have accepted the position if he couldn't 'withstand the scrutiny.' 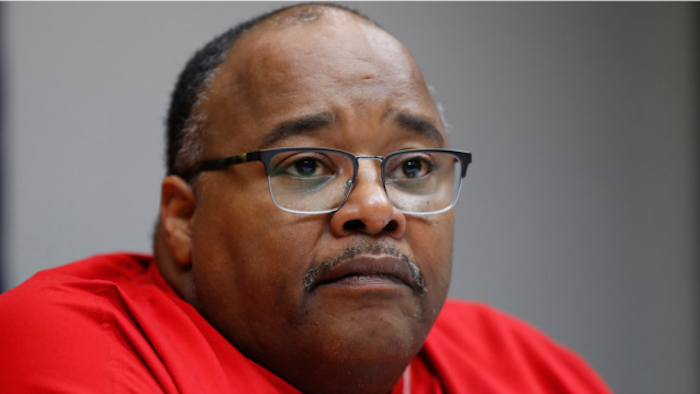 DETROIT (AP) — The president of the United Auto Workers denied wrongdoing Thursday after a newspaper reported he's under scrutiny in a federal investigation of union corruption.

In a letter to staff, Rory Gamble said he “absolutely never requested or received any cash or kickback" from vendors who were hired to supply union-branded clothes and trinkets.

“I would not have accepted the role of president if I couldn't withstand the scrutiny that I knew this job would bring," said Gamble, calling the claims “scurrilous.”

The Detroit News said investigators are looking at financial connections between a union vendor and UAW leadership.

Gamble was a UAW vice president when he was picked in December to lead the union after the resignation of Gary Jones. Jones hasn't been charged, but his home was searched by agents last summer, and a close associate is scheduled to plead guilty to an embezzlement scheme.

Gamble is serving the balance of Jones' term, which runs until June 2022.

Ten people with ties to the UAW have been charged in the corruption investigation; eight have pleaded guilty, including the widow of a union vice president. Three people who worked at Fiat Chrysler have been convicted.