It's another sign that Europe's largest economy is struggling. 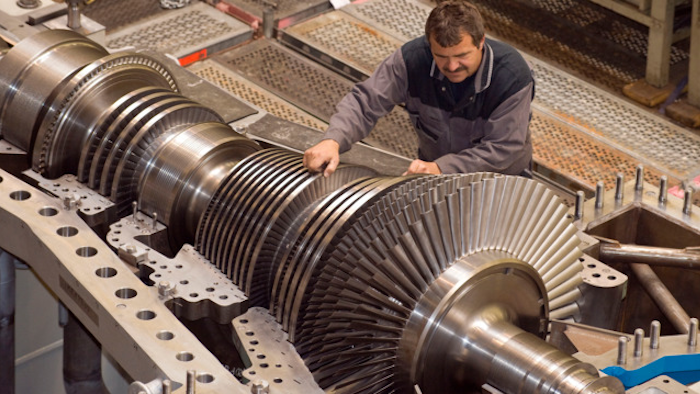 In this 2009 file photo, an employee of MAN Turbo company works on compressors and turbines at the factory in Oberhausen, western Germany.
AP Photo/Martin Meissner, file

BERLIN (AP) — October factory production dropped in Germany over the previous month in another sign the economy, Europe's largest, is struggling.

The Federal Statistical Office reported Friday that industrial production fell 1.7% in October over September when adjusted for price, seasonal and calendar factors. It was down 5.3% over October 2018.

The agency reported Thursday that industrial orders in October were down 0.4%, suggesting an upturn in production is not likely in the immediate future.

Germany just narrowly avoided entering a recession in the third quarter and ING economist Carsten Brzeski says the data indicate “the German economy is continuing to flirt with stagnation and contraction in the final quarter.”

"Trade conflicts, global uncertainty, and disruption in the automotive industry have put the entire German industry in a headlock, from which it is hard to escape.