Oil-producing nations to decide whether to stick with production cuts, relax them or deepen them in the hopes of propping up prices. 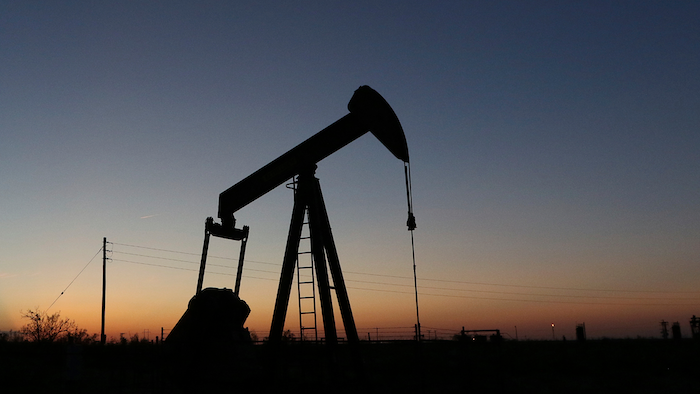 In this June 11, 2019, photo a pump jack operates in an oil field in the Permian Basin in Texas. The world may be heading into an oversupply of oil, and that possibility is hanging over members of the OPEC cartel, which will meet later this week to decide whether to further cut production to boost prices.
Jacob Ford/Odessa American via AP, File

The world may be heading for an even greater oversupply of oil, and that possibility — which could drive down fuel and energy prices — is hanging over members of the OPEC cartel as they head into negotiations Thursday.

The oil-producing nations will decide whether to stick with production cuts they’ve endured for the past three years, relax them or deepen them in the hopes of propping up prices.

They’re negotiating through a tangle of tensions driving members in competing directions. 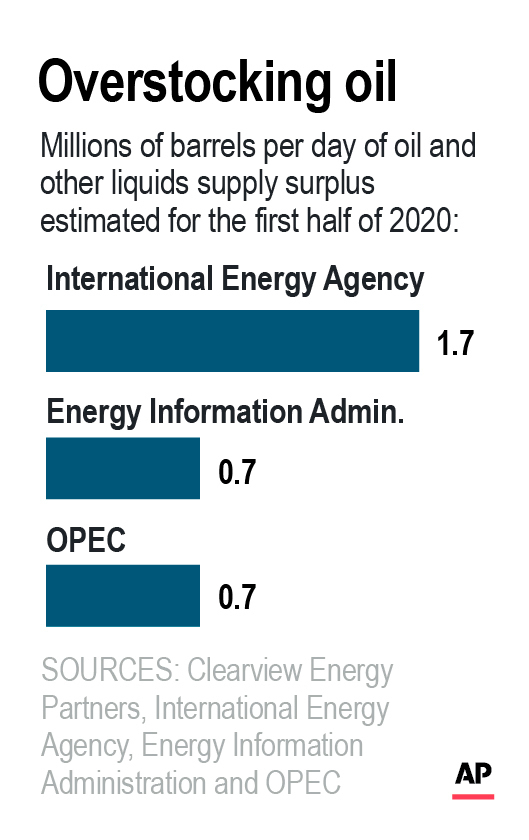 Saudi Aramco’s stock market debut, which will get off the ground Thursday when the state-run oil giant prices its shares, has put Saudi Arabia in a precarious position as it bets on what volume of oil production will hit a sweet spot for prices, with the added pressure of considering the interests of its shareholders. The nation is already bearing the burden of the largest share of OPEC’s production cuts.

But some nations such as Iraq have been ignoring the agreement and producing more than their allotted amount.

“If people are already not complying to the current agreement, what’s the point to those that are complying cutting more? So the others can go on cheating?” said Bhushan Bahree, executive director of global oil at research group IHS Markit. “I think the Saudi position is they’re willing to cut more if needed, but they want better compliance.”

Brent crude oil hovered around $61 per barrel Wednesday afternoon. Prices have fluctuated throughout the year, reaching nearly $75 per barrel in April after U.S. sanctions on Iran and Venezuela limited world supply, but lingering trade tensions between the U.S. and China dampened economic expectations, pushing prices back down.

West Texas Intermediate, the U.S. benchmark crude, was trading at around $56 Wednesday afternoon, and its price followed a similar trajectory throughout the year.

As it stands, OPEC nations have agreed to cut production by 1.2 million barrels per day through March 2020, and most analysts expect OPEC nations to extend those production cuts until at least summer.

“If they just keep the existing situation, then you get this massive oversupply,” said Jacques Rousseau, managing director at Clearview Energy Partners.

Rousseau believes OPEC nations will cut production by an additional 400,000 barrels per day to keep supply and demand in balance during the first half of next year, with the cuts made mainly by Kuwait, Saudi Arabia and the United Arab Emirates. But substantial cuts may be difficult to achieve with some OPEC members following their own agendas.

“Iraq has exceeded its production target every month this year,” Rousseau said. “Granted, there’s some unrest going on in the country, but I don’t think they’ll voluntarily reduce.”

Meanwhile, Russia, which is not part of OPEC but has been following its lead on production limits in recent years, has indicated it wants its oil production re-calculated in a way that’s in line with OPEC nations. That could enable it to produce more oil.

And even if members of the cartel cut production, there’s more oil coming online from non-OPEC nations including the U.S., Canada, Brazil, Norway and Guyana, which will more than make up for any drop in production, according to IHS Markit.

The dynamic to watch will be whether Russia and Saudi Arabia will come to an agreement on production levels in the early and middle parts of next year, said Heather Heldman, managing partner at Luminae Group, a geopolitical intelligence firm.

“If something goes awry with Saudi production in the next few months, and there’s a fairly good chance something will happen ... Russia’s going to be the first party looking to fill that gap,” Heldman said. “And I think the Saudis know that.”