PARIS (AP) — Oil company Total says it has signed an agreement to pay 100 million euro ($111 million) toward the reconstruction of Paris' Notre Dame Cathedral that it pledged shortly after April's devastating fire.

Total CEO Patrick Pouyanne signed an accord Thursday with the Heritage Foundation, an organization handling reconstruction payments. The money will be paid in installments from 2020 until the end of the work, which President Emmanuel Macron has said will take five years.

The agreements follow months of delay that left officials reliant on small charity donations to fund the repairs' first phase. 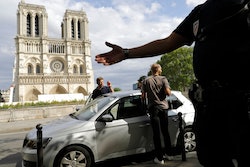 Notre Dame to be Decontaminated 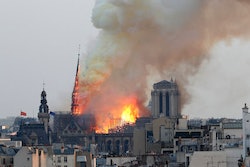