Deal Reached in Dispute that Shuttered Large US Coal Mine

The Navajo Transitional Energy Company shut down the mine Thursday after Montana regulators insisted the company waive its immunity as a tribal entity from future lawsuits. 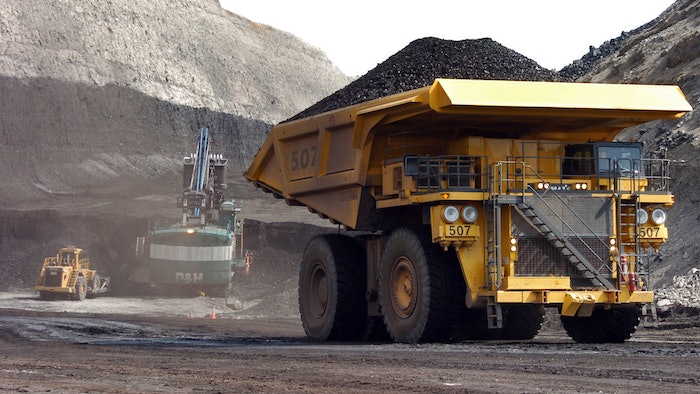 In this April 4, 2013 file photo, a truck carrying 250 tons of coal hauls the fuel to the surface of the Spring Creek mine near Decker, MT.
AP Photo/Matthew Brown, File

BILLINGS, MT (AP) — Montana officials reached a temporary deal on Friday that will allow one of the largest coal mines in the U.S. to reopen amid a legal dispute with its new owners from the Navajo Nation.

The Navajo Transitional Energy Company shut down the mine Thursday after Montana regulators insisted the company waive its immunity as a tribal entity from future lawsuits.

The two sides temporarily resolved the dispute following two days of negotiations that yielded an agreement for a 75-day, limited waiver of immunity for the company, said Montana Department of Environmental Quality spokeswoman Rebecca Harbage.

The waiver allows the state to enforce environmental laws at the mine, located near the town of Decker along the Montana-Wyoming border. It allows the company to be sued over future environmental violations or mine reclamation costs.

Negotiations will continue over the state's request for a permanent waiver and unresolved questions about reclamation bonds for the mine, Harbage said.

"We expect NTEC to continue to come to the table to talk about a long-term solution," she said.

Company representatives have said they won't agree to a full waiver of their treaty rights.

CEO Clark Moseley said in a statement that the company appreciated efforts by the state to keep Spring Creek working.

"We are thankful that we were able to reach a mutually agreeable position and look forward to continuing to build on a strong partnership with the state of Montana," he said.

Department of Environmental Quality Director Shaun McGrath said "better planning and coordination" by the company could have prevented the shutdown.