Micronesia said in its letter that dozens of its citizens have complained about the way they have been treated while working at the Sioux City, IA plant.

SIOUX CITY, IA (AP) — The island nation of Micronesia is raising concerns about how some of its citizens working at an Iowa pork processing plant are being treated.

A State Department spokesman said Micronesia's concerns have been passed on to the Justice Department, which did not immediately respond Tuesday to questions.

The company denies any wrongdoing.

"Seaboard Triumph Foods is compliant with all laws and regulations during the hiring process and remains committed to ensuring a legally compliant work environment for each member of our staff," Seaboard spokeswoman Tori O'Connell said.

Micronesia said in its letter that dozens of its citizens have complained about the way they have been treated while working at the plant.

Micronesia is a federation of several hundred islands in the Pacific Ocean that maintains a close relationship with the United States. Micronesian citizens have the right to live and work in the United States without obtaining a visa, and the U.S. has a responsibility to defend the islands.

Seaboard recruited workers from Micronesia, but the workers say conditions at the plant differed from what recruiters promised.

"The allegations by these Micronesian citizens include potential human trafficking, labor abuse and what appear to be other violations of U.S. law," the Micronesian government's letter said.

Micronesia said workers reported having their passports confiscated by the company, and they weren't given copies of their employment contracts.

Yuri Engichy told KMEG television her husband has been treated poorly by the company, and she verified with the Micronesian embassy that he was given an incorrect Social Security number. 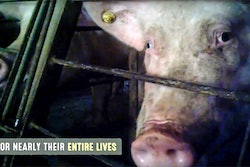 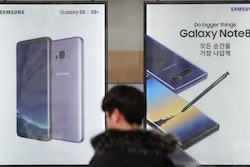