Associated Press
Scooters are left after being used on the sidewalk on Reforma Avenue in Mexico City, Thursday, Aug. 1, 2019. An electric scooter firm has temporarily ceased operations in Mexico City because so many of its two-wheeled units have been stolen. The Grin company said in a statement that "at present, the theft of our scooters in Mexico City is the biggest challenge."
AP Photo/Eduardo Verdugo

The city's transport department said Thursday that 121 Lime scooters and 105 orange Mobikes were taken off the streets and sidewalks.

Lime said "there is no legal framework" for taking the scooters.

Lime noted that the theft of scooters is a challenge for providers in Mexico City and said, "Surely the residents of Mexico City would like the police to dedicate themselves more to the issue of crime than administrative matters."

One of the few firms that has paid the city a concessionary fee is Grin, which has temporarily ceased operations in Mexico City because so many of its two-wheeled units have been stolen. 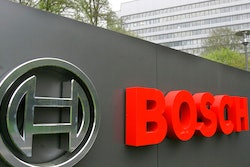 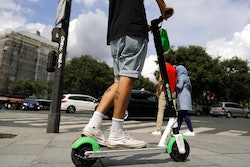