Renault and Nissan have had a rough year since the arrest of former star CEO Carlos Ghosn. 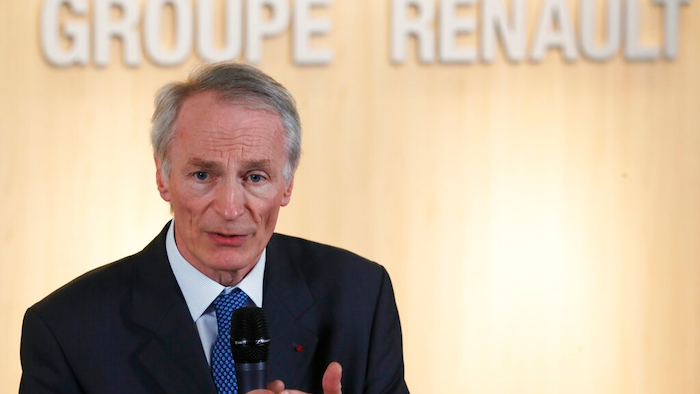 This Jan.24, 2019 file photo shows Jean-Dominique Senard after being appointed Renault chairman following a meeting of the board held at Renault headquarters in Boulogne-Billancourt, outside Paris. Renault Chairman Jean-Dominique Senard has expressed confidence that the French automaker's alliance with Japan's Nissan remains on track following the appointment of a new board in the wake of the scandal involving Carlos Ghosn, who chaired both companies.
AP Photo/Christophe Ena, File

PARIS (AP) — French carmaker Renault is cutting back its sales forecasts amid slumping revenues and troubles at alliance partner Nissan.

Renault said Friday that it no longer expects growth in sales this year compared to 2018, when it sold 3.9 million cars. It blamed an overall slowdown in the auto industry.

Sales in the first half this year were down 6.4% to 28 billion euros ($31 billion). Renault reported that overall profit fell by half to 970 million euros because of weakness at Nissan, in which it owns a 43% stake.

Nissan announced Thursday it was slashing 12,500 jobs and production capacity amid tumbling profits.

Renault and Nissan have had a rough year since the arrest of former star CEO Carlos Ghosn.