Ford, BMW, Honda and VW apparently signed the secret deal as a way of bypassing the Trump administration. 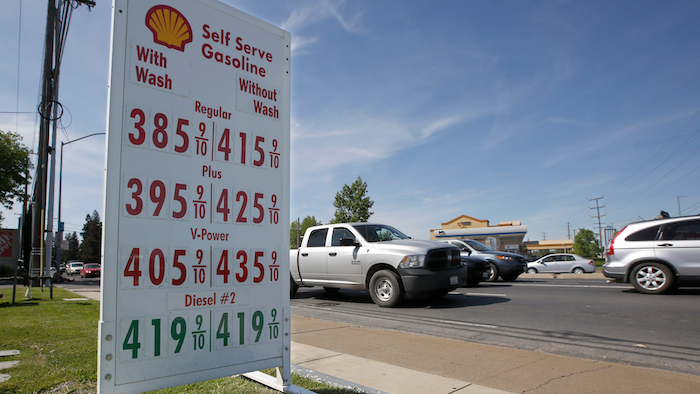 DETROIT (AP) — Four major automakers have reached a secret deal with California to increase gas mileage and greenhouse gas emissions standards, bypassing the Trump administration's plan to freeze standards at 2021 levels, according to two people briefed on the matter.

Ford, BMW, Honda and Volkswagen are parties to the deal with the California Air Resources Board, which apparently is designed to pressure the administration and the rest of the auto industry into joining or reaching a compromise. Negotiations between the Trump administration and California have been at an impasse for months, with California saying it would exercise its powers to set more stringent pollution and mileage standards than the federal government has proposed.

Messages were left Thursday for officials from CARB and the two government agencies charged with regulating fuel mileage.

One of the people briefed on the deal says fuel economy and corresponding greenhouse gas standards would rise 3.7 percent per year from 2022 to 2026. But one percent of that could be achieved with credits for hydrogen fuel cell and battery electric vehicles. The industry also would get more credit for fuel-saving devices that aren't counted in the EPA's test cycles such as stopping the engine at red lights.

Neither person wanted to be identified because details of the deal haven't been formally released. A formal release was scheduled for Thursday morning.

The Trump administration had proposed freezing fleetwide new-vehicle fuel economy at 36 miles per gallon. It also has threatened to revoke California's ability to set its own standards. The proposed freeze and threats already have brought a lawsuit from California and some of the states that follow its standards. At least 13 other states follow California.

It's not clear how the rest of the auto industry will react to the deal. The industry in the past has sought one national standard, and it's also not clear if that will happen. Messages were left Thursday with a trade association representing the industry.