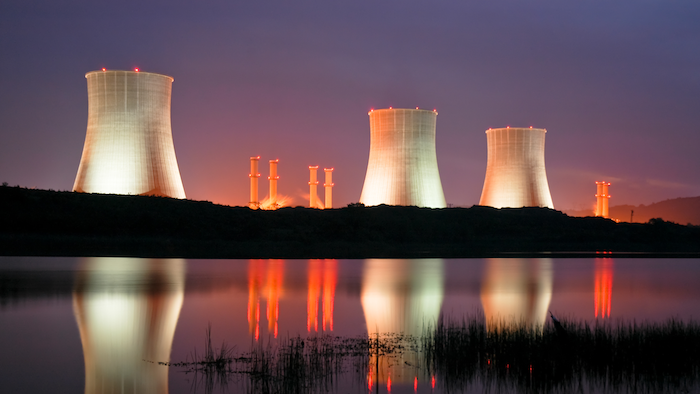 BOISE, Idaho (AP) — A plan to build the nation's first small modular nuclear reactors to produce commercial power is a step closer to being realized. A Utah-based energy cooperative said Wednesday that it has sales contracts for enough carbon-free power to begin a license application process with the Nuclear Regulatory Commission to build the reactors in eastern Idaho.

Utah Associated Municipal Power Systems already has agreements with the U.S. Department of Energy to build the reactors at the federal agency's 890-square-mile site that includes the Idaho National Laboratory. A small modular nuclear reactor can produce about 60 megawatts of energy, or enough to power more than 50,000 homes. The proposed project includes 12 small modular reactors.

The energy cooperative said it has carbon-free contracts for more than 150 megawatts. Its goal is to begin construction on the reactors in 2023, with the first reactor starting up in 2026.

Specifically, the energy cooperative is embarked on a plan called the Carbon Free Power Project that aims to supply carbon-free energy to its nearly 50 members, mostly municipalities, in six Western states. It says 34 members have now signed on, pushing it past 150 megawatts and triggering work on the license application with the Nuclear Regulatory Commission.

The company said the carbon-free plan is in response to new technologies and regulations targeting fossil fuels.

Last year, it reached an agreement with the Energy Department that would use one of the reactors for research and development, and another for power needed by the Idaho National Laboratory, considered the nation's primary federal nuclear research lab. Scientists at the lab will have access to one of the modular reactors for experiments.

Licensing from the Nuclear Regulatory Commission for the reactors, being built by an Oregon company called NuScale Power, and an environmental analysis of the high desert site where they will be built are needed before construction can start. The small modular reactors will usher "in a new generation of smaller, safer, more flexible, less expensive, carbon-free nuclear energy," the energy cooperative said in a news release.

The modular reactors are also part of a much larger federal plan to replace current reactors, many of them decades old, with more efficient and safer reactors. U.S. officials say nuclear power helps reduce carbon emissions from coal and natural gas, a cause of global warming.

About 20 percent of the nation's energy comes from nuclear power.