There has been no effort to renew merger talks with Fiat-Chrysler, which halted discussions last month. 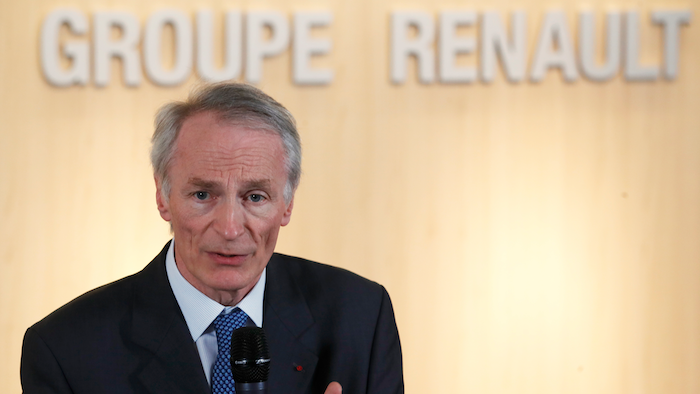 BOULOGNE-BILLANCOURT, France (AP) — Renault Chairman Jean-Dominique Senard has expressed confidence that the French automaker's alliance with Nissan remains on track following the appointment of a new board at the Japanese firm in the wake of the scandal involving Carlos Ghosn, who chaired both companies.

Senard also told reporters Thursday that there has been no effort to renew merger talks with Fiat-Chrysler, which halted discussions last month despite making the initial approach. He also said that during regular discussions with Nissan CEO Hiroto Saikawa, Ghosn's name has not been mentioned recently.

Nissan's profits have tumbled since the November arrest of Ghosn on financial misconduct charges. He denies all charges against him.

Senard said that for Nissan to fix its problems, a "sense of urgency must be shared" by the new board.