The facility at the Blue Grass Army Depot successfully destroyed a mustard-agent munition. 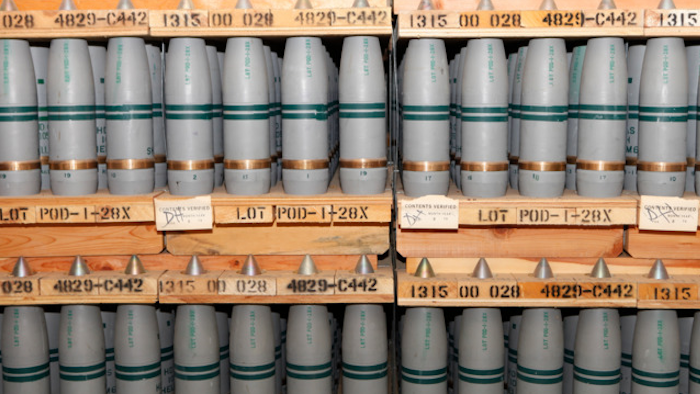 This Jan. 21, 2010, file photo, shows 105mm shells containing mustard agent that are stored in a bunker at the Army's Pueblo Chemical Storage facility in Pueblo, Colo. The costly plant in Colorado that destroys U.S. chemical weapons without incinerating them is over budget, behind schedule and bedeviled by troubles that could worsen the danger to workers. But when the Army said this month it wants to spend millions more installing older technology to help the beleaguered plant and reduce worker risk, public reaction was more acceptance than anger.
AP Photo/Ed Andrieski, File

RICHMOND, KY. (AP) — Officials have begun destroying Cold-War era chemical weapons that have been stored at a Kentucky Army depot for decades.

The facility at the Blue Grass Army Depot successfully destroyed a mustard-agent munition on Friday in Richmond.

It marked the beginning of the facility's static detonation chamber operations, which will handle munitions that are unsuitable for automated destruction at the depot's pilot plant.

Last month, officials including U.S. Sen. Mitch McConnell and Kentucky Gov. Matt Bevin gathered at the depot to ceremonially mark the beginning of the destruction of the weapons.

The depot has a stockpile of about 523 tons of mustard, GB and VX nerve agent. The pilot plant was finished in 2015, but operators and staff trained for years to prepare for the destruction operations.