Questions persist, including where savings - and perhaps even job cuts - will come from. 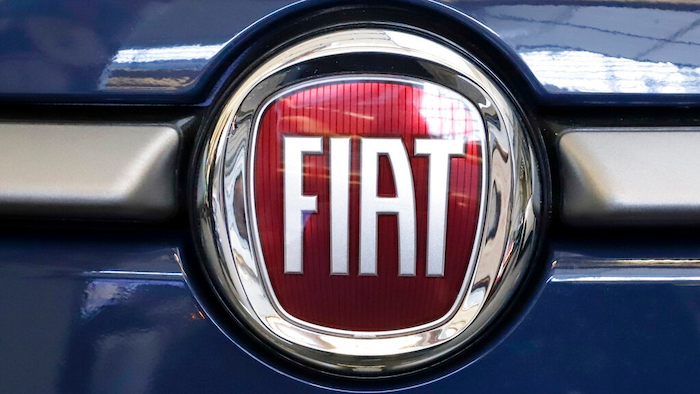 In this Feb. 14, 2019, file photo, this is the Fiat logo is mounted on a 2019 500 L on display at the 2019 Pittsburgh International Auto Show in Pittsburgh. Fiat Chrysler is proposing a merger with French carmaker Renault aimed at saving billions of dollars for both companies.
AP Photo/Gene J. Puskar, File

MILAN (AP) — Fiat Chrysler's proposal to merge with French rival Renault has industry executives, analysts and union leaders rushing to figure out how it would reshape the sector worldwide.

A deal would create the third-largest automaker with annual sales of 8.7 million vehicles, behind Volkswagen and Toyota. It would be a bold step in the industry consolidation that many see as necessary in the capital-hungry sector, which Fiat Chrysler Automobiles says would create 5 billion euros ($5.6 billion) in savings.

Yet, while Renault has indicated it is open to talks, the plan faces hurdles and questions, including where savings - and perhaps even job cuts - will come from.

Here's a look at the proposed deal.

Fiat Chrysler made public its plan on Monday, and is awaiting a response from Renault. The Renault board met Monday to discuss what they termed "a friendly offer." The French government holds a 15% stake in Renault, and will have a say in the outcome.

Renault's board will hold a new meeting early next week to decide on whether to say yes or no to the proposal. A "yes" would open the way for a non-binding memorandum of understanding to open exclusive merger negotiations with Fiat Chrysler. The ensuing process would involve consultations with unions, the government, antitrust authorities in all relevant jurisdictions, as well as other regulators. It would take about a year.

One particular impact a deal could have is on Renault's existing alliance with Japanese partners Nissan and Mitsubishi.

Questions over the future of that alliance have grown since the criminal investigation into the former head of Renault and Nissan, Carlos Ghosn, who denies wrongdoing. Ghosn intended to merge the two, but industry analyst Ferdinand Dudenhoeffer says the deal had little appeal for the Japanese. He noted that Renault's sales represented just 36% of alliance sales - and the Japanese didn't want to see the French carmaker drive a merger with those numbers.

It is unclear whether they would be amenable to a bigger tie-up, adding Fiat Chrysler to the mix.

Renault Chairman Jean-Dominique Senard is in Tokyo on Wednesday for a monthly meeting of Renault-Nissan-Mitsubishi management, where he will discuss the merger proposal with his Japanese partners. The French Union CGT union has warned that the biggest risk of the proposed merger between Renault and Fiat Chrysler is "to declare war on Nissan-Mitsubishi," due to their apparent resistance to full mergers.

The deal makes a lot of sense strategically: Renault is strong in Europe, Fiat Chrysler in North America; Renault's focus is passenger cars and Fiat Chrysler's is in SUVs and big trucks, while it works to boost its Italian luxury marquees Maserati and Alfa Romeo.

Renault, critically, has electric and hybrid technology that Fiat Chrysler lacks. Through Nissan-Mitsubishi, a foothold in Asia, where Fiat has struggled, would give an expanded alliance even stronger appeal for Fiat.

And both automakers need to make serious investments to develop new driving technologies, like autonomous driving.

Fiat Chrysler can flaunt the fact that it has done well merging its Italian and American sides over the past decade.

Fiat's late CEO Sergio Marchionne, a master dealmaker, sealed an agreement with U.S. officials in 2009 to take over bankrupt Chrysler in exchange for small-car technology and managerial expertise. The deal secured Fiat's survival, with Chrysler now the carmaker's big cash machine on the strength of Jeeps SUVs and Ram trucks. Marchionne died unexpectedly last July, and his successor, CEO Mike Manley, who long worked alongside Marchionne for years, has taken up the deal-making mantle along with Chairman John Elkann, heir to the Fiat-founding Agnelli family.

This could be one of the biggest hurdles.

The French government says that any deal needs to protect all French jobs and factories, and preserve Renault's existing alliance with Nissan and Mitsubishi. Italy does not hold the same sway over Fiat Chrysler, but Deputy Premier Matteo Salvini likewise says any deal must preserve Italian jobs.

Fiat Chrysler says 90% of savings would come from reducing spending on purchasing parts, and combining research and development, manufacturing and tooling. It estimates the savings would be achieved in six years.

On the one hand, Fiat Chrysler has already slimmed down since the financial crisis, combining many administrative functions following the merger. U.S. plants are running at capacity and Fiat Chrysler is looking to build a new assembly plant and retool another, regardless of the proposed merger. In Italy, it is planning investments of 5 billion euros.

But the French union CGT noted that it took 18 years for the Renault-Nissan alliance to achieve a pace of 5 billion euros per year in savings.