Associated Press
In this Dec. 4, 2015, file photo, a man walks through the employee parking lot at the Volkswagen plant in Chattanooga, Tenn. In a split decision, the National Labor Relations Board on Wednesday, May 22, 2019, has ruled in favor of Volkswagen in a setback for unionization efforts at its Chattanooga, Tennessee, plant. The NRLB has dismissed a petition for a union vote by the United Auto Workers based on a technicality. The union intends to refile immediately.
AP Photo/Erik Schelzig, File

CHATTANOOGA, Tenn. (AP) — The United Auto Workers union filed a new petition Wednesday seeking to hold a vote on its representation of workers at a Tennessee Volkswagen plant, the same day the National Labor Relations Board dismissed a previous petition on a technicality.

Volkswagen has said it is neutral on the issue of unionization, but it has steadfastly refused to bargain with UAW since the union won representation of maintenance workers at the Chattanooga plant in 2015. VW has argued the bargaining unit needed to include all hourly workers.

After years of back and forth, the union in April asked the NLRB to allow a vote for a new bargaining unit, this time including all hourly workers, about 1,700 people.

On Wednesday, the board dismissed the petition based on a technicality: UAW was still representing the smaller unit when it sought to represent the new, larger unit.

The union has since ceased representing the smaller unit.

"Chattanooga workers deserve to know from VW, how much money have you spent on these lawyers to try to stop us from having a voice?" Rothenberg wrote.

In a statement Wednesday afternoon, Volkswagen Group of America said, "We have received the UAW's new petition and will work with the NLRB to schedule the election."

The statement also said, "We respect our colleagues' right to decide on representation." But it said the legal issues surrounding the smaller bargaining unit should have been resolved before the union filed the earlier petition for the larger unit.

National Labor Relations Board chairman John F. Ring wrote the board's decision, arguing it is in the best interest of all parties.

"Rather than tee up a likely court challenge to an election that would unnecessarily tie up this representation matter in a court battle for years to come, we believe it is the wiser course to remove that ground for challenge now," Ring wrote.

In a harshly worded dissent, board member Lauren McFerran wrote that the majority's decision "is inconsistent with Board precedent, undermines the policies of the National Labor Relations Act, and defies common sense." 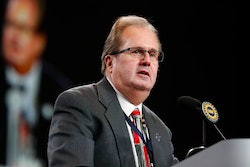 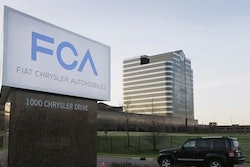 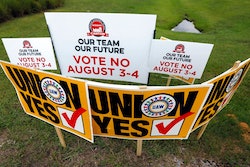