The increased production will support the company's newest generation of its iconic sports car. 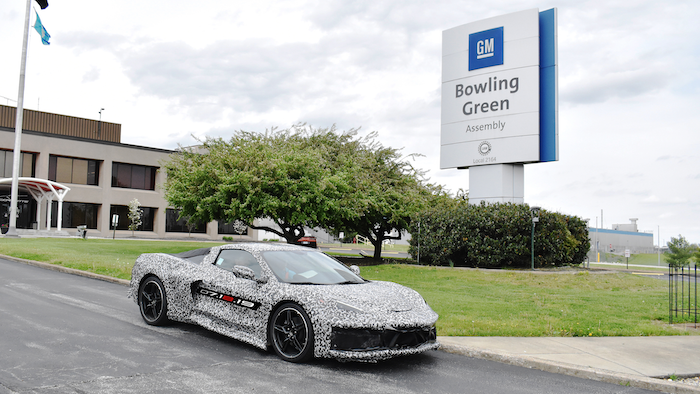 General Motors announced on Thursday, April 25 it is adding a second shift and more than 400 hourly jobs at its Bowling Green (Kentucky) Assembly plant to support production of the Next Generation Corvette, which will be revealed on July 18, 2019.
GM

BOWLING GREEN, KY. (AP) — General Motors says it is adding a second shift and more than 400 hourly jobs at its Kentucky plant that produces the Chevrolet Corvette.

The increased production will support the company's newest generation of its iconic sports car, first introduced in 1953.

GM says the new Corvette will be revealed July 18. The engine is being moved from under the hood to between the passenger compartment and rear wheels.

Chevrolet says the new generation Corvette will be "the sum of each generation before it."

Adding a second shift will increase the Bowling Green plant's workforce to more than 1,300. The plant has built more than a million Corvettes since it opened in 1981.

The final Corvette from the current generation will be auctioned off for charity.

Mustang Looks to Chase Down Corvette