'You're Unallocated!' and Other Corporate Speak Used to Obscure Reality 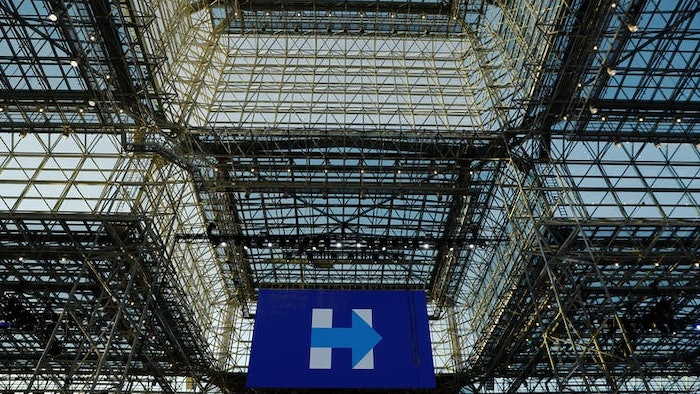 The glass ceiling is a euphemism for gender discrimination at work.
Reuters/Lucas Jackson

(THE CONVERSATION) Corporate America has invented many ways to avoid letting the public know it’s laying people off – or telling employees themselves “You’re fired.”

Common parlance includes “downsizing,” “headcount management,” “restructuring” or even the unsightly “involuntary separation program.” Or a boss might say “Your position has been made redundant” or simply, “You’ve been let go.” General Motors recently came up with a new one: “You’re unallocated.”

That’s basically how the automaker announced it was getting rid of several plants and potentially hundreds of employees – leading to much confusion among workers about what “unallocated” actually meant.

To better understand why companies turn to euphemisms rather than spill bad news with plain language, I pored over thousands of conference calls, where these mild, vague and often ridiculous paraphrases often surface. As I found, using corporate BS can often backfire.

Humans have always used euphemisms to camouflage harsh realities and to avoid offending an audience.

People employ euphemistic terms to talk about anything they find embarrassing. For example, “rest room” is a euphemism for lavatory or toilet, even though no one goes there to rest. In educational circles, dropouts are referred to as “early leavers.” And “glass ceiling” often disguises discrimination at work.

To be considered a euphemism, an expression should first refer to something unpleasant – in GM’s case, layoffs and plant closures.

Second, it should be a mild way of referring to the unpleasantness, so “unallocated” is a substitute for the blunt expression “We are firing workers and shutting down the facilities.”

Finally, it should be a secondary meaning to an already used term. In business, unallocated funds refer to the money that is not currently used in a project.

A field guide to corporate usage

In the context of corporate disclosures, euphemisms are also used to refer to something embarrassing or difficult to predict and control.

To develop a proxy for euphemism usage, I created a dictionary of corporate communication euphemisms by analyzing 78,000 earnings call transcripts for U.S. companies over the last 14 years.

During a 2011 conference call, for example, TriQuint Semiconductor Inc. CEO Ralph Quinsey talked about “cloudier near-term visbility” rather than simply discussing his company’s failure to plan ahead. The same year, Lennox International Chief Financial Officer Bob Hau used “headwinds” to suggest the impact of markets is as fickle as the weather. And in 2005, Marty Singer, chief executive of Pctel, a provider of wireless security services, called his failure to execute on a plan merely a “hiccup.”

The most common euphemisms I uncovered tended to be rather banal or technical sayings, such as citing “headwinds” instead of clearly explaining outside challenges hurting a business or “lumpiness” to describe operational problems with delivering a product. To soften the blow of a particular bad quarter, corporate executives often call it a “transition period.”

Why companies resort to euphemism

Euphemisms were most popular in the cyclical industries, such as consumer companies, where managers need strong verbal skills to explain the perennial ups and downs.

I also found that their use spiked during the financial crisis, as companies tend to use more euphemisms when they are going through tough times. In addition, the companies that use euphemisms the most tend to be older businesses with fewer opportunities for growth, falling earnings and recent stock drops.

To me, this shows that these phrases are used to sugarcoat what companies would rather leave unsaid altogether to avoid giving investors, employees and other concerned parties bad news.

But this often backfires.

After analyzing the conference calls for euphemisms, I examined how markets reacted. When a company is reporting bad news, typically, share prices react quickly and then stabilize after the information has been absorbed. I found that when companies used a lot of euphemisms on earnings calls, investors didn’t seem to fully understand the magnitude of the bad news.

As a result, shares tended to slide for several months after an earnings call filled with euphemisms, prolonging the pain for the company’s stock.

So companies are probably better off just telling it to us straight, rather than beating around the bush.

This article is republished from The Conversation under a Creative Commons license. Read the original article here: http://theconversation.com/youre-unallocated-and-other-bs-companies-use-to-obscure-reality-109129.

GM Cuts Are a Warning for All