Asbestos from a mine owned by W.R. Grace polluted the area until it was shuttered in 1990. 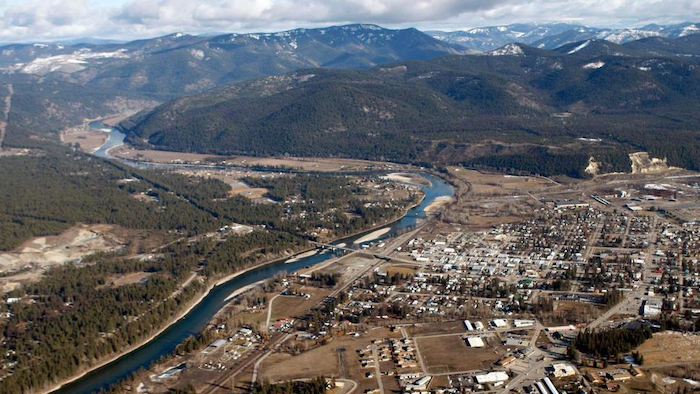 This Feb. 17, 2010, aerial file photo, shows the town of Libby Mont. Environmental officials say a portion of a northwestern Montana town's asbestos cleanup has been completed and will be removed from the federal Superfund list. The 45-acre area removed from the National Priorities List, Wednesday, April 10, 2019, is 5 miles north of downtown Libby, and it is only one of eight units of the Libby Asbestos Superfund site.
AP Photo/Rick Bowmer, File

HELENA, Mont. (AP) — U.S. officials on Wednesday removed part of a Montana asbestos cleanup site from its Superfund list in the latest sign that the 17-year cleanup is ending, though the asbestos-related health problems for thousands of people remain.

The 45-acre (18-hectare) area is five miles (8 kilometers) north of downtown Libby and is the first of eight units of the Libby Asbestos Superfund site to be taken off the National Priorities List of sites nationwide contaminated by hazardous waste.

Asbestos from a vermiculite mine owned by W.R. Grace polluted Libby and nearby Troy until it was shuttered in 1990. Health officials estimate at least 400 people have died and another 3,000 have been sickened from exposure, and people in the area are still being diagnosed with asbestos-related disease today.

The contaminated material can cause fatal lung diseases and other health issues.

The area has been a Superfund site since 2002. The cleanup had cost $596 million as of July 2017, the most recent figure available, U.S. Environmental Protection Agency spokeswoman Katherine Jenkins said.

Federal officials have been winding up the cleanup, and Wednesday's announcement was a significant step toward its end.

The area being removed from the list was contaminated by a processing plant used to screen mined vermiculite that contained asbestos. The EPA has determined that "no further remediation action is needed to protect human health and environment."

Jenkins said two other Libby Superfund site units also are in the process of being removed from the National Priorities List: the area surrounding another former processing plant and a 400-acre (162 hectare) industrial park that used to house a lumber company.

The other units that will remain on the Superfund list include homes and businesses in Libby and Troy, rail and transportation corridors and the former W.R. Grace vermiculite mine itself.

The former mine and the surrounding parts of the Kootenai National Forest are not part of the cleanup, and there is no formal cleanup plan in place.

The cleanup of the residential and commercial properties was completed in October, but must still go through an assessment and comment period that could last a year or longer, Jenkins said.

Once the sites are taken off the Superfund list, state and local agencies will be responsible for handling new asbestos discoveries, from construction or excavation work, for example.

US Transfers Care for Towns Polluted with Asbestos to State