LIMA, OHIO (AP) — President Donald Trump toured a tank manufacturing plant that is benefiting from a boost in defense spending.

Trump was shown the bottom half of an Abrams tank being built at the Lima Army Tank Plant and then saw the completed tank during his second stop Wednesday.

After completing the tour, Trump told cheering workers: "Well, you better love me. I kept this place open."

The plant had been at risk for closure but is now benefiting from his administration's investments in defense spending.

Trump's visit marks his first trip to Ohio since last year's midterm election campaign, when Ohio was a rare bright spot for Republicans in the upper Midwest. 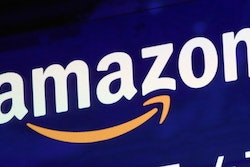