Will GM Revive Its Assembly Plant in Ohio?

The governor doesn't think so.

LORDSTOWN, OHIO (AP) — Ohio's governor says it seems clear that General Motors isn't planning on making a new line of vehicles at its assembly plant in the state.

The plant near Youngstown that shut down last week is one of five factories GM wants to close by next January.

Union leaders are hoping GM will agree during contract talks this summer to bring a new vehicle to the plant.

Republican Gov. Mike DeWine tells The Vindicator in Youngstown that GM has given no hints about using the plant again.

He also says the automaker has indicated it's talking with another company about using the site.

DeWine says GM isn't saying who it's talking with and that the state is ready to help bring jobs back to the plant once it knows more details. 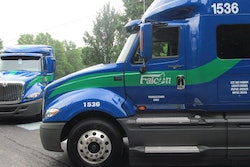