GE Sells Biopharma Unit for $21B

GE has shrunk considerably since becoming entangled in the financial crisis a decade ago and is seeking to divest even more of its businesses. 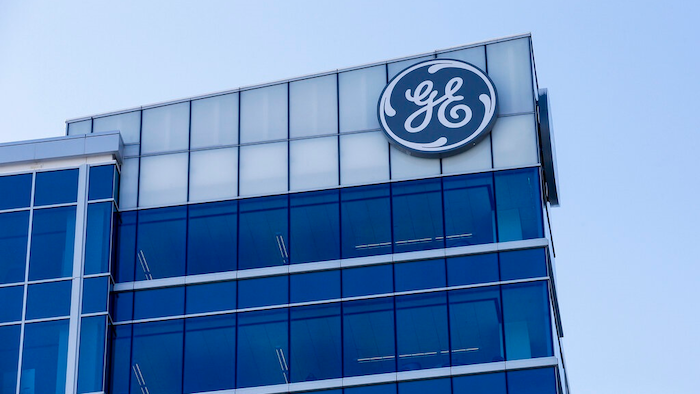 In this Jan. 16, 2018 file photo, the General Electric logo is displayed at the top of their Global Operations Center in the Banks development of downtown Cincinnati. General Electric says it will sell its biopharma business to Danaher Corp. for $21.4 billion as the former industrial giant continues to shrink itself. The biopharma unit was part of GE Life Sciences and had revenues of about $3 billion last year. The mostly-cash transaction is expected to close in the fourth quarter of this year.
AP Photo/John Minchillo, File

BOSTON (AP) — General Electric is selling its biopharma business to Danaher Corp. for $21.4 billion as it continues to sell off chunks of a once sprawling conglomerate.

The biopharma unit, part of GE Life Sciences, generated revenue of about $3 billion last year. Danaher said after tax benefits, the deal will have a price tag that is closer a $20 billion. The mostly-cash transaction is expected to close in the fourth quarter of this year.

GE has shrunk considerably since becoming entangled in the financial crisis a decade ago and is seeking to divest even more of its businesses. Last fall, GE sold part of its Healthcare Equipment Finance business to TIAA Bank and agreed to sell its Current, powered by GE business — part of the company's lighting business — to American Industrial Partners.

In October, the company slashed its quarterly dividend and announced it was restructuring its power business shortly after ousting CEO John Flannery after only about a year on the job. After being named as the new CEO, Larry Culp said GE needed to simplify its business structure even more.

GE said this month that it would downsize its world headquarters in Boston and return $87 million in incentives it received from Massachusetts for moving from Connecticut three years ago.

It also dropped plans to build a 12-story office tower on the city's waterfront that was to be the centerpiece of its new global headquarters. It will sell that parcel of land along with two older, state-owned buildings that were being refurbished for the company.

Despite ongoing struggles in its power division, GE posted better-than-expected revenue last quarter on the strength of its other business segments.

Shares of GE jumped nearly 17 percent before the opening bell Monday. The company's shares have risen about 34 percent since the beginning of the year, but are still down almost 30 percent from a year ago.