Crime Ring Accused of Stealing $2M+ in Metal from Mine

Truck drivers worked with thieves who foiled security measures while the material was being transported from the company's mine. 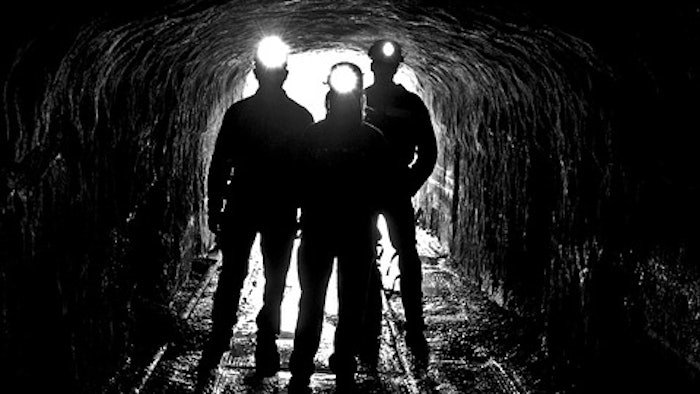 MEXICO CITY (AP) — A sophisticated criminal gang in Mexico stole an estimated $2 million to $3 million in metal concentrates through a subtle scheme that went on for months, a Canadian mining company said Tuesday.

Telson Mining Corp. President Ralph Shearing said compromised truck drivers worked with thieves who foiled security measures while the material was being transported from the company's Campo Morado mine in the southern state of Guerrero to the port of Manzanillo on the Pacific coast.

Shearing said additional safety measures have resolved the problem. He said the theft appears to have occurred over a period of four to five months while the Vancouver-based company investigated why the quality of its product was measured at a lower level on arrival than it was when it left the mine.

"I was under the impression that concentrates are rarely stolen, because what do you do with them?" Shearing said. "They have to sell them to a commodity broker or a smelter."

Mining thefts are not unheard of in Mexico. In 2015, heavily armed men stole gold concentrate worth an estimated $8.5 million from a mine in the northern state of Sinaloa. And Codelco, Chile's state-owned copper mining company, uncovered a scheme similar to Telson's, but much larger in scale, that appeared to have stolen tons of concentrate over years.

Organized crime in Mexico has diversified. The country's biggest commodity theft battle is against fuel thieves who tap pipelines and sell the stolen gasoline and diesel. The government has reported 14,894 such illegal taps were found in 2018, an average of about 41 a day nationwide.

Telson purchased the Campo Morado mine in the mountains of Guerrero in 2017 and began commercial production last year. The mine produces zinc and lead concentrates.

Operations managers began noticing discrepancies in the concentrate levels of samples taken from trucks before they left the mine and the grades they received from their buyer in Manzanillo. After rigorously checking its own lab processes and determining everything was fine, the company expanded its investigation.

It found that some drivers from a contracted trucking company were stopping somewhere around the western state of Jalisco during the four- to five- day journey hauling 35 to 40 tons of concentrate. Before leaving the mine, the concentrate was covered with a layer of lime and photos were taken so the load could be checked on arrival for signs of tampering. Then the cargo was covered with a tarp secured with a cable and supposedly tamper-proof locks.

"These guys were sophisticated enough to know how to get these locks off without leaving any evidence and they would scoop out some of the concentrate," Shearing said.

The thieves replaced the stolen material with lower grade concentrate of the same weight, and again covered the load with lime, the tarp and the locks.

Shearing said the investigation showed that probably 12 to 15 drivers had been compromised.

He said the thefts weren't evident at first because samples from individual trucks were not immediately tested on arrival at the port. The buyer waited until 10 to 12 loads arrived, then mixed the samples together and analyzed a representative sample. Since not all the trucks suffered thefts, the scheme wasn't immediately obvious.

But the costs added up. Not only was Telson not getting paid for all of its concentrate, it was being charged penalties by its customer for not meeting grade requirements.

With the thefts uncovered, individual truck loads are tested immediately on arrival and compared against their grades when they left the mine. The trucks also now travel in convoys, have GPS tracking and are monitored by security along the route.

Shearing said Mexican authorities are investigating, but he did not hold out much hope that the material would be recovered.

"If you have evidence of a mine and you can show you produce something it's not all that difficult to fudge your numbers and say you produced this much and we're selling it to you," he said.