The company canceled plans to make its new SUV in northern England. 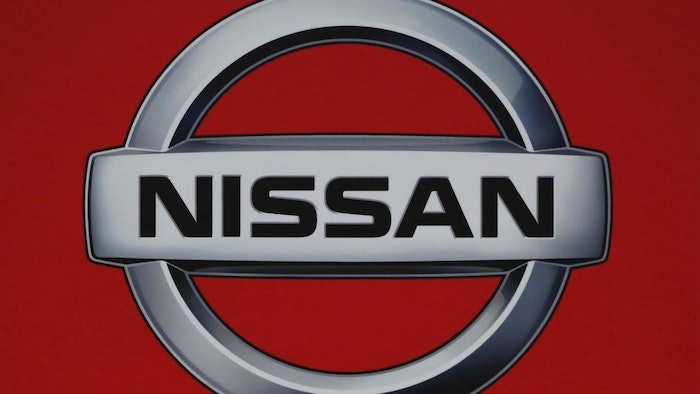 In this Wednesday, Jan. 9, 2019 file photo, a view of a logo of Nissan Motor Co., at its global headquarters in Yokohama, Japan. Nissan has cancelled plans to make its X-Trail SUV in the UK _ a sharp blow to Brexit supporters, who had fought to have the model built in northern England. The move, first reported on Saturday, Feb. 2, 2019 by Sky News, was confirmed by the company in a letter to workers Sunday.
AP Photo/Koji Sasahara, File

Nissan said it decided not to build the X-Trail model at its existing U.K. plant, canceling plans announced two years ago after May's government made undisclosed concessions designed to ensure the carmaker's ability to compete after Brexit.

The company said it instead plans to consolidate production of the next generation X-Trail at its plant in Kyushu, Japan, where the model is currently produced. Nissan's plant in Sunderland, England, which employs 7,000 workers, will continue to make Nissan's Juke and Qashqai models.

"While we have taken this decision for business reasons, the continued uncertainty around the U.K.'s future relationship with the EU is not helping companies like ours to plan for the future," Nissan Europe Chairman Gianluca de Ficchy said in a statement.

Less than two months before Britain's scheduled withdrawal date, the government doesn't have an approved agreement on the rules, conditions and terms that will replace the 45 years of frictionless trade that came with being an EU member.

Business leaders have expressed huge concerns about foreign investment, jobs and economic growth taking a hit if the country crashes out of the bloc on March 29 without a divorce deal.

May's government has refused to rule out a no-deal Brexit, saying that doing so would weaken her position with EU negotiators. Parliament voted last week to give her more time to try to win concessions from the bloc.

Carmakers have been some of the most outspoken critics of the continuing uncertainty over Brexit, because they rely on "just in time" manufacturing techniques that continuously supply plants in Britain with parts produced on the continent. The Society of Motor Manufacturers and Traders said last week that the industry was on "red alert" after investment and production plunged.

Jaguar Land Rover has announced global cuts of some 4,500 jobs, with the lion's share coming in the UK. JLR, Honda and BMW have all announced plans to idle their factories in the days after Britain is set to leave the EU in hopes of avoiding potential chaos at the borders.

But Nissan's announcement is potentially more damaging for the government because of the prominence it gave to securing the carmaker's investment in October 2016, four months after British voters decided to leave the EU.

The government said at the time that Nissan's commitment showed major manufacturers retained faith in the U.K. economy after Brexit. More than two years of political chaos over implanting that decision has put that faith to the test.

Vince Cable, leader of the opposition Liberal Democrats, told Sky News the prime minister must stop "playing chicken" with Parliament and the EU by threatening a no-deal Brexit.

"This is a big turning point, and I think it does signal that the big companies that we relied on to generate employment, and high quality employment in manufacturing industries, are now very seriously reconsidering their future here." Cable said. "It's actually self-harming and they should just stop."

British Home Secretary Sajid Javid responded to a recent string of negative corporate pronouncements by insisting that he believes EU officials will ultimately work with Britain to avoid no-deal, even though they are publicly resisting further concessions.

"No one wants to see no deal," Javid told the BBC. "I think the most likely outcome is still a deal."

Nissan said the decision to build the SUV's in Japan would reduce investment costs in the early stages of the project. It said "the current workforce" in England would not be affected, leaving in doubt the additional jobs government and union officials had been counting on.

The announcement also confirmed an ongoing trend of carmakers thinking twice about future investments in Britain.

Nissan confirmed its change of heart days after SMMT, the trade group for Britain's auto industry, issued a stark assessment about the impact of Brexit, warning that exports are at risk if the U.K. leaves the EU without an agreement.

Investment in the industry fell 46 percent last year and new car production dropped 9.1 percent to 1.52 million vehicles, in part because of concerns over Brexit, the motor manufacturers said.

The group's chief executive, Mike Hawes, described the threat of a no-deal Brexit as "catastrophic." The drop in investment only foreshadows what could happen, he said.

"Ultimately, it comes down to what we need, as soon as possible, is that clarity," Hawes said. The industry "is going in the wrong direction, even though we have so many competitive advantages as a sector globally.... But we still operate in that global environment and while there is uncertainty, investments pause."