16 companies with a total of 18 plants agreed to raise wages and pay workers a one-time bonus.

The strike was in its fourth day in Matamoros, which is south of Brownsville, Texas, where more than 25,000 workers walked out Friday at 48 factories that make auto parts, medical equipment, plastics and other goods. More than one-third of the city's 130 border assembly plants were affected.

The Union of Maquiladora Industry Industrial Workers of Matamoros said 16 companies with a total of 18 plants agreed to raise wages and pay workers a one-time bonus of about $1,685.

Meanwhile, a two-week-old railway blockade by teachers demanding back pay in the western state of Michoacan continued Monday without any sign of a solution. The blockades have caused huge losses as freight trains and merchandise back up.

Michoacan Gov. Silvano Aureoles said the teachers would have to end the blockade of rail lines in order to get paid.

"This is a route that requires the good will and disposition of the teachers to lift the blockade," Aureoles said. "If not, there will be no payments or negotiations."

Mexico's Railways Association warned that the blockages are hurting the country's overall economy. It said steel plants served by the Michoacan railroads had had to suspend operations because trains couldn't deliver iron ore and scrap. It said the blockades also have resulted in freight piling up at ports, caused problems for automobile plants and prevented critical oil and grain shipments.

President Andres Manuel Lopez Obrador has traditionally been an ally of the most radical teachers' unions, but even he suggested the railway blockade may have gotten out of line.

"When people are intransigent, when there is no just cause for a protest, but rather there are other motives, people realize that and that isn't good for any organization," Lopez Obrador said of the teachers. He ruled out calling in police to clear the protest blockades.

However, the president's own policies appear to have helped unleash a wave of labor actions.

The Matamoros strikes broke out after the president announced a plan to double the minimum wage in communities along the U.S. border to 176.20 pesos a day, the equivalent of $9.28 at current exchange rates. Workers who were making more than the minimum wage in Matamoros factories would not have benefited from that hike and were angered by the move.

Mexico's labor movement had been largely smothered for decades by old-guard union bosses and pro-company "protection" contracts that were often signed behind the back of workers, before factories even opened.

Lopez Obrador has vowed to ensure union freedom, while pledging to stay out of unions' internal affairs. 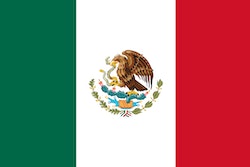