Ford to Cut Jobs in Europe

Ford lost $245 million in Europe in the third quarter as sales slumped. 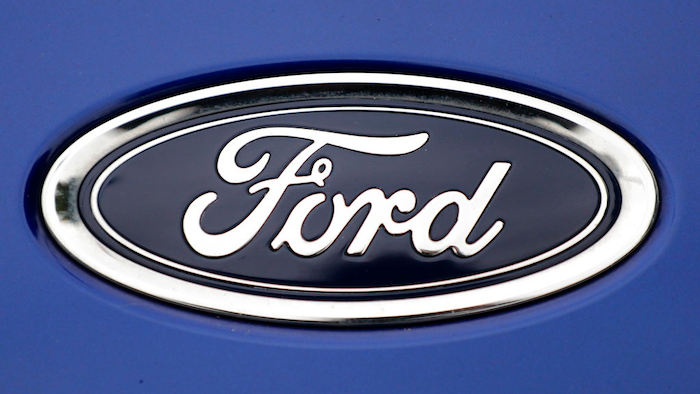 In this Tuesday, Aug. 22, 2017 file photo, a Ford emblem is seen on a car at a store in London. Ford Motor Co. says it is cutting jobs in Europe in a wide-ranging restructuring as it focuses on its most profitable models and shifts production towards electric cars. In a statement, the company said Thursday, Jan. 10, 2019 that "structural cost improvements will be supported by a reduction of surplus labor," both hourly and salaried.
AP Photo/Frank Augstein, File

FRANKFURT, Germany (AP) — Ford Motor Co. said Thursday it is cutting jobs in Europe as it reshapes its business to focus on more profitable commercial trucks and SUVs while shifting production to electric cars over the longer term.

On a day that Jaguar Land Rover also announced it is cutting 4,500 jobs worldwide, Ford said its move aims to increase near-term profitability while getting the company ready for changes in the years ahead.

The Dearborn, Michigan-based company didn't reveal how many jobs would be cut and said reductions would be achieved as far as possible through voluntary departures negotiated with unions and employee representatives. Ford of Europe, based in Cologne, Germany, has 53,000 people working for it directly and 68,000 when joint ventures such as those in Russia and Turkey are included.

The company said it plans to drop unprofitable models, on top of already announced plans to close an automatic transmission plant in Bordeaux, combine administrative headquarters in Britain and end production of its C-Max vans in Saarlouis, Germany. It didn't say which models it would drop, but Armstrong said the profitable parts of the business were its SUVs and commercial vehicles.

"In the last couple of decades, Ford of Europe has never really been sustainably profitable," Steven Armstrong, company vice president and head of its operations in Europe, Middle East and Africa said in a conference call with reporters.

"We can only allocate capital to areas where we can get a return on that capital."

Global automakers must adjust to sweeping change expected from a move toward battery-powered and autonomous vehicles, and toward providing transportation as a service through ride-hailing and car-sharing smartphone apps. Carmakers are also facing a shift in consumer preference away from sedans and hatchbacks to sport-utility vehicles.

General Motors said in November it would lay off 14,000 factory and white-collar workers in North America and put five plants up for possible closure as it restructures to cut costs and focus more on autonomous and electric technology. Volkswagen has said it will see an unspecified number of job reductions as it changes three plants in Germany to production of electric vehicles, but assures there will be no involuntary departures before 2028.

Ford lost $245 million in Europe in the third quarter as sales slumped in Turkey and Russia. The company's move follows plans announced last year to reduce white-collar jobs across the company's global business. GM abandoned its Opel business in Europe after years of losses by selling it to France's PSA Group.

Meanwhile Jaguar Land Rover says it will cut 4,500 jobs as the carmaker addresses slowing demand in China and growing uncertainty about the U.K.'s departure from the European Union. The luxury carmaker, owned by India's Tata, says the cuts will be in addition to the 1,500 people who left the business in 2018. The company employs about 44,000 people in the U.K.

Ford said Thursday that from now on every model will have a battery version, whether a hybrid that combines internal combustion and battery power or a battery-only version. The European Union has set lower limits for vehicle carbon dioxide emissions from 2021 that are pushing carmakers to include more electric vehicles in their future sales mix. The carbon dioxide reductions are part of the effort to reduce emissions of greenhouse gases blamed for global warming.

Armstrong was quoted by the Financial Times as saying the number of layoffs would be in the "thousands" but declined to repeat that quantity in a conference call with reporters, saying only that there would be a "substantial impact" on the workforce.

He said the scale of the restructuring assumed that Britain would leave the European Union as scheduled on March 29 with a negotiated deal defining trading relations. He said that business changes could be "significantly more dramatic" regarding the company's U.K. plants in the event the country crashes out of the bloc without a deal — a scenario that could see, among other things, tariffs imposed on goods traded and widespread disruption at ports.

Ford to Cut $14B in Costs, Drop Models