How byproducts like expired soda and beer are used to produce methane gas.

St. Cloud, MN — Whenever you dump something down the drain, it goes to the city of St. Cloud's NEW (Nutrients, Energy and Water) Recovery Facility, where nutrients are recovered, waste is treated, and clean water is sent back into the environment.

But large-scale beverage producers — who have high-sugar waste filled with potential energy — get special treatment when it comes to the byproducts created at their facilities.

"We can treat it in a different manner that uses a lot less electricity, and that we can use to make a fuel," said Pat Shea, public services director for the city.

Beverage producers have been bringing what Shea calls high-strength byproducts to the plant for two years, the Saint Cloud Times reported . For example, Shea said, a beverage company or brewery will brew a batch of product, and once it's done, the company will clean its production lines and flush everything out to prepare equipment for the next batch.

That first rinse will still have product in it, Shea said, and producers can either put it down the drain, or collect it and bring it to the NEW Recovery Facility.

"Anything we can do to reclaim this product, recover energy and use it to run the facility, the more efficient we are," Shea said.

High-strength byproducts — like expired soda or beer, residue left over from the brewing process, or a batch of product that just didn't turn out right — are put into anaerobic digesters along with municipal solids from wastewater — like human waste, food waste, and solid residue from cleaning processes — to produce methane gas.

"We take that high-strength waste and we put it into an anaerobic conditions, meaning without oxygen," Shea said. "Then micro organisms that are in those digesters... will consume that material for their respiration. it's a biological process, and, as they use it for their processes, they create methane gas."

The gas is used to power an onsite generator or run boilers that heat the digesters converting the byproducts into methane.

It's a win-win, Shea said. Instead of dumping the waste and using more energy to have it treated at the plant, the byproducts are being used to power the NEW Recovery Facility.

At Beaver Island Brewing, co-founder Nick Barth said waste wasn't such a big issue when they first started at their downtown brewery. But when they opened their new facility in May 2017 near St. Cloud Regional Airport and started brewing at a scale four or five times greater, the decision to bring byproducts to the NEW Recovery Facility instead of putting them down the drain was an easy one.

"That's cool because we're making energy for the city," Barth said. "But what's even cooler is that we're drastically reducing our carbon footprint."

Barth said the brewery captures and harvests its yeast slurry and trub — a sugary substance and hop remnants left over after the brewing — to bring to the NEW Recovery Facility.

"It almost look like a cream of wheat meets gelatin (substance) if I could describe it as anything," Barth said of the yeast slurry. "Now instead of sending things down the drain and having them have to be processed at the wastewater treatment facility... we're bypassing that entire process and they're making energy from it."

About a year and a half ago, Barth said Beaver Island brewed a batch of beer that just didn't come out as expected.

"There wasn't anything technically wrong with it," Barth said, but it just didn't smell and taste exactly like what he was looking for.

So instead of dumping it down the drain, Beaver Island loaded up the beer and brought it to the NEW Recovery Facility.

"Pat probably loves when we have a beer go in the wrong direction, because it generates a lot of energy for them," Barth said with a laugh. "But for us, we want to do it as little as possible."

It takes about 5.7 million killowatt-hours to power the NEW Recover Facility each year, according to Assistant Public Utilities Director Tracy Hodel. In 2018, the facility produced roughly 85 percent of its energy demand onsite through solar and methane conversion.

"There's still some (power) that we're buying," Hodel said, but there are plans to add a second generator and have the facility running completely on energy produced on site by the end of 2020.

"With adding an additional generator, we will be able to produce exactly, if not a little bit more, of our total demand. We're looking at adding a second generator... and we're also looking at adding more solar arrays onsite," Hodel said.

The second generator could be installed as early as fall of 2019, Hodel said, but the facility expects to have it up and running by spring of 2020. 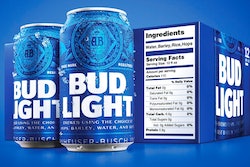