Small Businesses Up the Ante in Quest for Seasonal Help

One entrepreneur has promised tickets to baseball games and the musical "Hamilton" as incentives for workers.

NEW YORK (AP) — Chris Welles isn't taking chances with holiday staffing. He's paying seasonal employees more than last year and offering sports and theater tickets to persuade people to work at his stores rather than at giants like Amazon.

"We're in a full employment economy in the service industry — especially in the Northeast where life is good and finding people to do retail jobs is a challenge," says Welles, owner of American Rhino, a clothing retailer with a website and stores in Boston and Nantucket.

Welles, who has two open positions, is finding recruiting tougher this year in Boston, where unemployment is under the already low national rate of 3.7 percent. Welles is paying $15 to $16 an hour for his seasonal hires compared with last year's $12 to $13, a significant increase for a small retailer. He's also promised baseball tickets and the musical "Hamilton" as incentives for current staffers to stay put.

The economy is stronger and fewer people are unemployed than last year, shrinking an already small pool of people available for temporary or part-time work during November and December, prime time for retailers and restaurants. But other small companies also need help because of employee vacations and workloads that don't slow or that may unexpectedly increase.

All these businesses are competing with big companies including Amazon, retail chains and delivery services that hire thousands of workers for the holidays. About 350,000 people are expected to be hired for the holidays at four companies alone: Amazon, FedEx, Target and UPS. And Amazon will begin paying its seasonal and permanent staffers a minimum $15 an hour as of Thursday, putting pressure on other employers including small businesses that may not be able to match that amount.

Human resources consultants say business owners should get creative in how and where they recruit. Perks like tickets and signing bonuses can help attract people. And owners need to search beyond the obvious places like online job boards and look for people like seniors who might be interested in a few weeks of work. Hiring remote staffers is another option.

Nicholas Kinports is nearly doubling what he paid seasonal staffers last year — workers will earn between $40 and $50 an hour, compared with $20 and $30 in the past. But he's still had a hard time finding all the workers he needs for his retail websites.

"It has absolutely changed from last year," says Kinports, who operates Chicago-based Endive.com, a website selling electronics, and TokyoKnives.com, a retailer of Japanese knives. "I don't have a theory about why — other than employment has gone up significantly and maybe wages are as well."

Kinports needs to double his staff of 10 for the holidays. Some of his seasonal workers are returnees from past years, and he also asks his staff and people he knows to recommend their friends. When he advertises, it's on services like Craigslist. But he's still struggling.

"It's really tough when you're in the world of Amazon and giants," he says.

Small businesses should consider adopting some of the strategies the big companies use, such as giving workers signing bonuses, says Carlos Castelan, managing director of The Navio Group, a human resources consultancy.

"I'm seeing the stakes getting upped," Castelan says. Among his suggestions: Give seasonal workers the same benefits that regular staffers get, including paid time off and profit-sharing.

Owners should think beyond job websites, says Kate Zabriskie, owner of Business Training Works, a company that offers management and other business training. She calls retired people "the No. 1 place I would look."

"They might be interested in working in a small shop because they're different — they have a different vibe," Zabriskie says.

Other possibilities: People who work nights and are willing to work a few hours during the day, and stay-at-home parents who want to pick up some money. Owners may need to structure their work schedules to accommodate seasonal workers who don't want full-time positions.

To help retain staffers, Zabriskie suggests letting them know they'll get a bonus paid in two parts — the first before Christmas, to help with holiday shopping bills, and the second when the season is over. Owners should offer discounts — and if a staffer isn't interested in the merchandise at the store where they're working, make a deal with another merchant so each store's staffers can have a choice of where to shop.

Companies that aren't in retail or restaurants can also scramble for staffers at the holidays when vacations thin their ranks. But business that can do their work online and don't need staffers in a fixed location may be able to hire remote workers. Angelo Frisina's web design and marketing company needs help when his regular staffers are on vacation and clients including internet retailers that have problems with their sites. Frisina, who occasionally gives work to website designers and developers in India and Eastern Europe throughout the year, turns to them again in November and December.

"I've asked, are you taking time off the holidays, and they say, no, sir," says Frisina, owner of Sunlight Media in Los Angeles. Frisina also pays his U.S. staffers at a higher-than-usual rate if they want to work remotely while visiting relatives or friends in other cities. 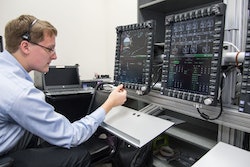