More than 130 students have been promised a job at an aluminum mill if they can complete a two-year degree program with at least a B average and no positive drug tests.

Adam Beam
This Aug. 22, 2018, photo shows a sign declaring the future home of Braidy Industries’ aluminum mill in Ashland, Ky. More than 130 students have begun a two-year degree program in eastern Kentucky hoping it will lead to a job at the planned aluminum mill. The students at Ashland Community and Technical College are enrolled in a program designed in part by Braidy Industries and its CEO Craig Brouchard. Kentucky taxpayers are partial owners of the project.
AP Photo/Adam Beam

A construction job, promised if he completed a carpentry program, vanished two weeks before his exit exam. A coveted, $100,000-a-year union job at a steel mill disappeared when the plant closed.

Now a businessman is promising him — and more than 130 others — a job at an aluminum mill in eastern Kentucky if he can complete a two-year degree program with at least a B average and no positive drug tests. But the mill is not built, and its financing is not complete. It's a big risk for Jackson, a 41-year-old who turned down two other jobs hundreds of miles away for the chance to stay in his hometown.

It's also a risk for Kentucky taxpayers. The state has offered its usual package of economic incentives to the company, Braidy Industries. But in a rare move, the state legislature unanimously approved a $15 million investment in the project, making taxpayers partial owners of the mill. Republican Gov. Matt Bevin, seeking re-election in 2019, has touted the project as evidence of his leadership to bring jobs to Appalachia, where steady work that pays well has been hard to find.

But what has been touted as a sure thing has recently shown signs of uncertainty. In a recent filing with the Securities and Exchange Commission, company officials revealed they haven't raised enough money yet to complete construction. They need another $400 million to $500 million. And while a website touting the company's stock offering notes "200 percent of the mill's capacity for the next seven years has been reserved," the SEC filing says prospective buyers are not "contractually committed."

It's enough to worry Jackson, who says his future depends on the mill.

"All my friends and family know I have put 110 percent into Braidy," said Jackson, who said his tuition is paid for by a federal program to help unemployed workers. "Everyone starts questioning you, whether you made the right decision."

Company officials warned skeptics not to jump to conclusions based on their SEC filing, which is required to include a section on risks for investors. And they said it is "commonly understood" in the business world that sales at this stage of development are "non-binding commitments to purchase."

Craig Bouchard, Braidy's CEO, says he feels the pressure, too. He said the No. 1 reason he chose Ashland was not because the GOP-controlled legislature passed a "right-to-work" law that banned mandatory union dues from employees. He said he chose Ashland primarily because it and the surrounding area were filled with eager workers. Of the likely 600 jobs available, he said the company has received 7,000 applications.

"I wake up, literally every single morning with 10,000 families riding on my shoulders and it's the most important thing in my life, my career," he said.

One of those people is 24-year-old Holly Miller, who lives in nearby Ironton, Ohio. She started working when she was 16 in the cafeteria of a Christian university and has since bounced between retail and restaurant jobs. She's now in the two-year degree program for future Braidy workers. It will cost her at least $11,000, which she is paying with a mix of financial aid and her own money. She goes to class during the day, then works at Sam's Club from 9 p.m. to 5 a.m. She says she sleeps an hour in the morning and an hour at night.

"Everything is really riding on (Braidy)," she said. "I mean, our whole livelihoods are riding on it."

Bouchard says the company has 45 employees and will expand to about 80 by the end of the year, with most of the 600 workers being hired next year. He insisted the company was on schedule to begin production in 2020.

"Whether it is in the second, third, fourth, fifth month of 2020, quite frankly I don't care," he said. "I just want it to look good when it opens."

The site for the mill is next to the Ashland Community and Technical College, where 135 students are in their first year of a two-year degree program. There is a waiting list to get in, according to Mike Tackett, the school's advance integrated technology coordinator. In an interview, Bouchard said anyone who completes the program with a B average and no drug tests would be guaranteed a job. Jackson and Miller said they have not been guaranteed a job, but have been promised an opportunity.

Jackson is studying physics, trigonometry and algebra in what he says is "the hardest thing I've ever done in my life," even more difficult than quitting smoking. But he keeps going, he said, because "I've got faith in this place."

"Those people make you believe it," he said of company officials. "And if it doesn't happen, it's going to be a huge letdown because I've lost two years I can't get back. But, I think it's worth waiting on." 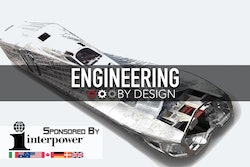