More than 50 hourly employees walked off their jobs Sept. 7 over a dispute dealing mainly with sick leave policy.

LOUISVILLE, Ky. (AP) — Striking employees at Four Roses will return to work next week after the Kentucky bourbon maker and union officials reached a tentative agreement Friday to end a two-week walkout, a union leader said.

More than 50 hourly employees walked off their jobs Sept. 7 over a dispute dealing mainly with sick leave policy.

Royalty said he was pleased with the deal and predicted no lingering impact when workers return to their jobs as soon as Monday.

"There's no animosity between none of the guys here and the company," he said in a phone interview. "It was just a business thing. And you kind of have to leave it at that and go back to making bourbon."

Striking workers had picketed outside the Four Roses distilling operation near Lawrenceburg and at a separate bottling and maturation facility in central Kentucky.

They had objected to a company proposal to change sick leave policy for incoming employees. The tentative deal will let workers choose between keeping the current sick leave policy or to sign up for a short-term disability plan, Royalty said.

"They will have a choice of which sick leave policy works best for their family," he said. "It will be a one-time choice."

The labor dispute comes amid a production boom among Kentucky's bourbon producers. Two years ago, union workers at Jim Beam walked off the job for several days to demand the hiring of more full-time staff to keep up with the industry giant's growing production needs.

Kentucky is home to about 95 percent of the world's bourbon production. 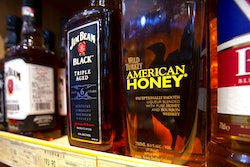 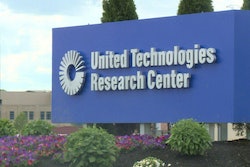 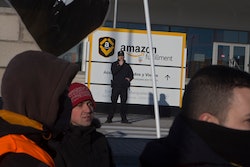