Moxie is famous for a distinctive taste that polarizes drinkers. 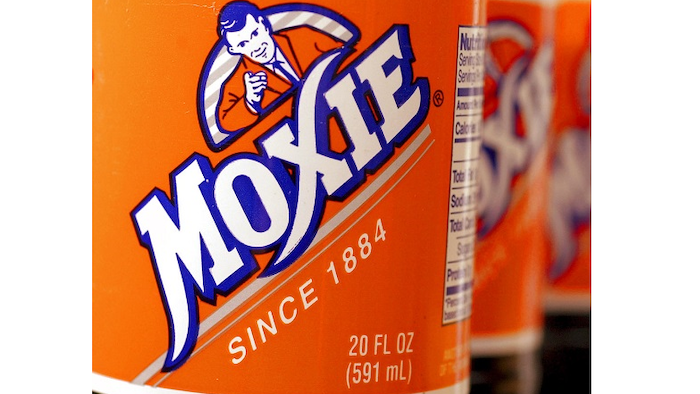 In this May 27, 2005 file photo, bottles of the soft drink Moxie are pictured in West Bath, Maine. Soft drink giant Coca-Cola said Tuesday, Aug. 28, 2018, it is acquiring Moxie, a beloved New England soda brand that is the official state beverage of Maine.
AP Photo/Pat Wellenbach, File

PORTLAND, Maine (AP) — Soft drink giant Coca-Cola announced on Tuesday it is acquiring Moxie, a long-lived and beloved New England soda brand that is the official state beverage of Maine.

Moxie has been around since the 19th century and it's famous in New England for its unique flavor, which is the product of a root extract that gives it a distinctive taste that polarizes drinkers. Coca-Cola said Tuesday it's acquiring the brand from Coca-Cola of Northern New England, an independent bottling partner of the larger company that's in Bedford, New Hampshire.

Bottling of the soda will remain in New Hampshire, said Lauren Thompson, a spokeswoman for Coca-Cola. She said the company's goal is to "work to protect the heritage and regional culture of the brand."

Coca-Cola sees an opportunity to bring Moxie's brand to a wider audience, but distribution of Moxie will not change, Thompson said.

"Moxie is a great brand with a great heritage. Coca-Cola Northern New England has been a strong steward of the brand over the last decade and we take seriously our responsibility to ensure it stays true to its Northeastern roots," she said.

Coca-Cola declined to provide the price of the sale, which is expected to close in the fourth quarter of this year. Coca-Cola North America has entered into a definitive agreement with Coca-Cola of Northern New England, Thompson said.

The acquisition by Coca-Cola won't result in any noticeable differences for consumers, said Nick Martin, a spokesman for Coca-Cola of Northern New England. The soda is produced at a facility in Londonderry, N.H., and that facility will remain the exclusive manufacturer.

"If I had to look into my crystal ball, it will primarily remain a regional brand," Martin said. "It just goes to show you that there's a tremendously loyal following to this product."

Moxie is most closely associated with the state of Maine, where it is the subject of the annual Moxie Festival in Lisbon, a river town of 8,800. The drink is also widely used as a mixer in New England, where it's used to make "Moxie cocktails."

Moxie states on its website that the drink was patented in 1885 as "Moxie Nerve Food," and it was the first bottled carbonated beverage made in America. It was once the subject of "wild curative claims," but would grow to become a popular soft drink in the coming decades, the website states.