It could be an alternative to propping up coal power plants. 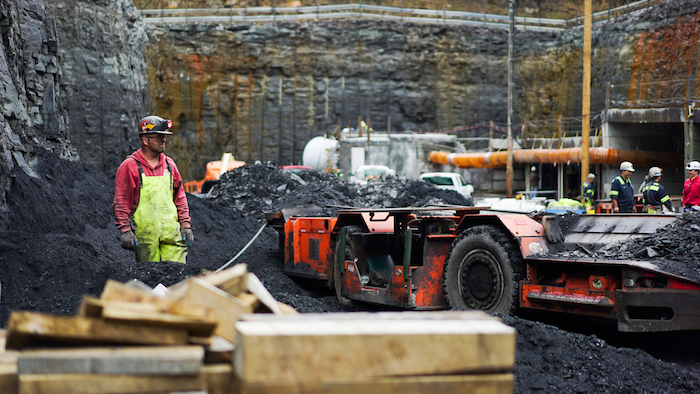 The number of coal mining jobs has gone up slightly, but many times less than solar-related ones.
AP Photo/Dake Kang

Profitability for U.S. coal power plants has plummeted, and one major coal company after another has filed for bankruptcy, including the world’s largest private-sector coal company, Peabody Energy.

The main reason coal is in decline is less expensive natural gas and renewable energy like solar. Coal employment has dropped so low there are fewer than 53,000 coal miners in total in the U.S. (for comparison, the failing retailer J.C. Penny has about twice as many workers).

The EPA estimates the new rules will cause about 1,400 more premature deaths a year from coal-related air pollution by 2030. The Trump administration could avoid the premature American deaths from coal pollution – which amount to about 52,000 per year in total – and still help the coal miners themselves by retraining them for a more profitable industry, such as the solar industry.

A study I co-authored analyzed the question of retraining current coal workers for employment in the solar industry. We found that this transition is feasible in most cases and would even result in better pay for nearly all of the current coal workers.

How to Make the Jump?

What is left of the coal mining industry represents a unique demographic compared to the rest of America. It is white (96.4 percent); male (96.2 percent); aging, with an average age of 43.8 years old; and relatively uneducated, with 76.7 percent having earned only a high school degree or equivalent. Many are highly skilled, however, with the largest sector of jobs being equipment operators at 27 percent. Many of these skills can be transferred directly into the solar industry.

In the study, we evaluated the skill sets of current coal workers and tabulated salaries. For each type of coal position, we determined the closest equivalent solar position and tried to match current coal salaries. We then quantified the time and investment required to retrain each worker.

Our results show there is a wide variety of employment opportunities in solar – the industry overall already employs more than five times more people than in coal mining, at over 250,000 by one industry group estimate. We also found the annual pay is generally better at all levels of education, even with the lowest-skilled jobs. For example, janitors in the coal industry could increase their salaries by 7 percent by becoming low-skilled mechanical assemblers in the solar industry.

Overall, we found that after retraining, technical workers (the vast majority) would make more money in the solar industry than they do in coal. Also note this study was about careers and was done before an uptick in the practice of hiring temporary coal workers. The only downside on salaries we found are that managers and particularly executives would make less in solar than coal. This represents only about 3.2 percent of coal workers that are professional administrators.

How would coal workers make this transition? There are over 40 types of solar jobs which the DOE has mapped out. They range from entry-level jobs, such as installers, to more advanced positions in engineering and technical design. Most coal workers could not simply walk into a solar job; they would need some retraining. But certain positions require less training.

For example, a structural engineer in the coal industry would not expect to need additional schooling to work as one in the solar industry. And for some coal employees, the retraining would amount to only a short course or on-the-job training. This is particularly true for installers, which represents the most common and geographically spread solar jobs.

There are various programs already set up to do this, such as California’s solar apprenticeship program or one in Oregon, for example, and another through the Interstate Renewable Energy Council.

More advanced positions would require more education. Some solar-related engineering positions call for up to a four-year university degree, which has a large range in costs, from US$18,000 to over $136,000, depending on the school.

Our paper includes appendices that can help current coal workers match their existing job to the best potential fits in solar, as well as what training they’ll need. (Please note the costs and specific schools used are only examples and are not meant to be prescriptive; for example, most coal miners that need college credits would be able to find less expensive options at their own state schools.)

Overall, the analysis showed that a relatively minor investment – viewed from a nationwide retraining perspective – would allow the vast majority of coal miners to switch to solar-related positions. In the worst-case scenario we calculated, the cost was $1.87 billion.

Although there was a dip in solar jobs last year, in general the solar industry needs trained workers. Since the rapid decrease in the costs of solar photovoltaic technology, unsubsidized solar is now often the least expensive source of electric power, and solar deployment is rising in the U.S.

The way I see it, if the country retrains coal miners for the solar industry, the workers themselves win by making larger salaries in a growing field; America wins because we will be more economically competitive with lower-cost electricity; America wins again because of lower health care costs and reduced premature deaths from coal-fired air pollution; America wins a third time because of an improved economy and solar-related employment; and even the environment wins.

President Trump could even win by taking credit for it – he did recently sign an executive order that boosts American apprenticeships, which could be used to train coal workers for solar jobs. That is a lot of winning.

This article was originally published on The Conversation. Read the original article here: http://theconversation.com/an-alternative-to-propping-up-coal-power-plants-retrain-workers-for-solar-101961.