In March 2015 he disappeared with his wife, two young sons and the family's dog. 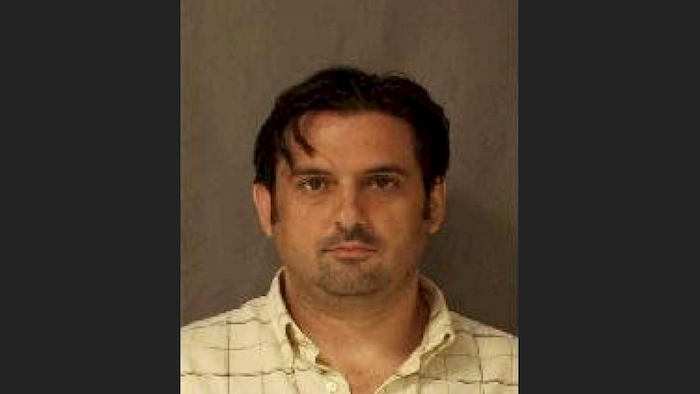 NEW YORK (AP) — A New York man who was arrested for falsely claiming he was owed half-ownership of Facebook but then fled the country has been captured in Ecuador, authorities said Thursday.

Prosecutors notified a judge presiding over his case in Manhattan federal court that Paul Ceglia was arrested in the morning. They said he'll appear in a court in Quito, Ecuador's capital, within a day.

Robert Ross Fogg, Ceglia's defense lawyer, said he was surprised at news of his client's capture, but "mostly relieved that he was located without incident and hope the family has maintained good health."

"Look forward to his return and resuming our vigorous defense of his case," Fogg said in an email.

Nikki Credic-Barrett, a spokeswoman for the U.S. Marshals Service, said the agency had no information on the matter because Ceglia was in the custody of Ecuadorian law enforcement authorities.

While under house arrest in Wellsville, New York, in March 2015 he disappeared with his wife and two young sons and the family's dog. Authorities said he sliced off his electronic monitoring device and created a crude contraption to make it seem he was moving around his home.

Prosecutors told U.S. District Judge Vernon Broderick they would update him on the status of extradition attempts.

Ceglia claimed in a lawsuit that he gave Facebook founder Mark Zuckerberg $1,000 in startup money in exchange for 50 percent of the future company in 2003 as part of a software development contract.

Facebook lawyers said Ceglia and Zuckerberg did have a contract but references to Facebook were slipped in for purposes of the lawsuit.

The lawsuit was tossed out by a judge in Buffalo, New York, in 2014. Prosecutors then filed fraud charges after a forensic analysis of Ceglia's computers and Harvard's email archive determined he had altered an unrelated contract and falsified emails to make it seem Zuckerberg had promised him a half-share.

Ceglia maintained he was not guilty before he vanished. Mail and wire fraud charges against him carry a potential maximum sentence of 40 years in prison if he is convicted.