The company occupies a former Caterpillar plant which closed in 2016, laying off 240 workers 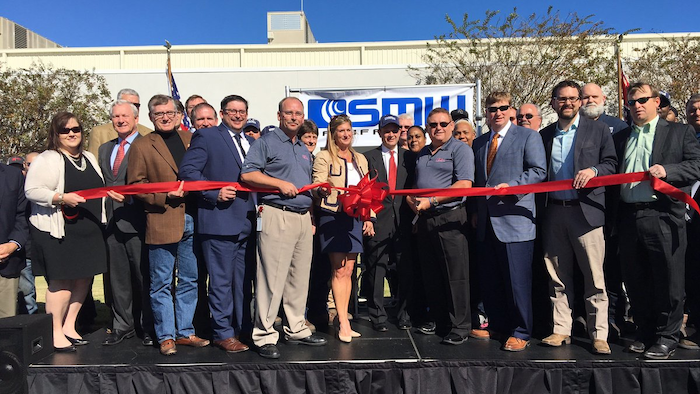 Photo taken from the SMW Manufacturing ribbon cutting in October 2017.

OXFORD, Miss. (AP) — A company that makes parts for vehicle, mining and construction companies says it will expand its operations in Mississippi.

SMW Manufacturing said this week it will add 25 jobs at its operations in Oxford. News outlets report the move comes after the company met its goal of hiring 50 employees by the end of this year.

SMW says it will spend $4 million and add the jobs over four years. The company says it's expanding because of new contracts.

Mississippi Development Authority spokeswoman Tammy Craft says the state will give SMW $125,000 to relocate equipment. She says no local tax breaks are planned.

SMW occupies the former Caterpillar plant which closed in 2016, laying off 240 workers.