The company makes compressors for products like refrigeration units and air conditioners. 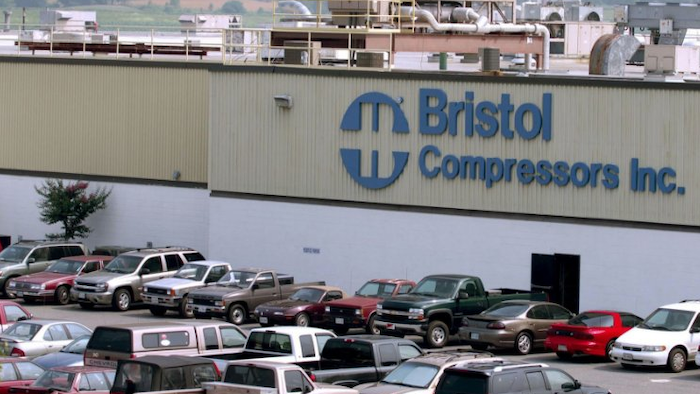 BRISTOL, Va. (AP) — A southwest Virginia company that manufactures compressors for products like refrigeration units and air conditioners is shutting down its plant in Bristol, a move that's expected to result in the loss of 470 jobs.

The Bristol Herald Courier reports Bristol Compressors Inc. told employees Tuesday they intend to wind down operations in the coming weeks or months.

The company was the third-largest employer in Washington County.

Saul Hernandez, chairman of the Washington County Board of Supervisors, says "we are all extremely concerned." He says job fairs are being planned.

The newspaper reports that over the years, Bristol Compressors has received more than $4.6 million of state, regional and local funds to support economic development and workforce training.