The investment is the company's biggest in the plant since it opened in 2005.

MONTGOMERY, Ala. (AP) — Hyundai plans to invest more than $350 million to build a plant in Alabama and also update an existing one there, officials said Tuesday.

The automotive manufacturer with headquarters in Seoul, South Korea, said it plans to invest $388 million to construct the 260,000-square-foot (24,000-square-meter) engine head manufacturing plant, as well as enhance its assembly plant in Montgomery, news outlets reported.

The investment is the company's biggest in the plant since it opened in 2005, and the new facility is scheduled to be operational by mid-2019.

The plant will create 50 new jobs with an average annual salary of $52,000, Gov. Kay Ivey said. The company has already started fielding applications for the workers, who will begin in March.

Some new positions will be taken by current employees and their jobs will be filled with new workers, plant spokesman Robert Burns said.

The company is investing in new manufacturing technologies at the plant, Hyundai Motor Manufacturing Alabama President and CEO Dong Ryeol Choi said. The money will support operations for making new models of Sonata and Elantra sedans.

Hyundai announced in March that its redesigned Santa Fe SUV would be assembled entirely in Montgomery. Full production starts Friday.

Chris Susock, the plant's vice president of production operations, had said the company expects the new Santa Fe to reverse a trend that had the plant decrease its overall production. For several years, the plant made only Sonata and Elantra sedans.

The plant has nearly 3,000 full-time employees. 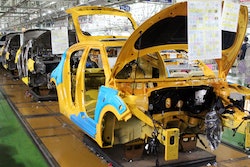 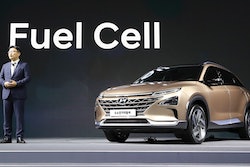