U.S. manufacturers have benefited from solid consumer spending, while also facing uncertainty because of steel and aluminum tariffs. 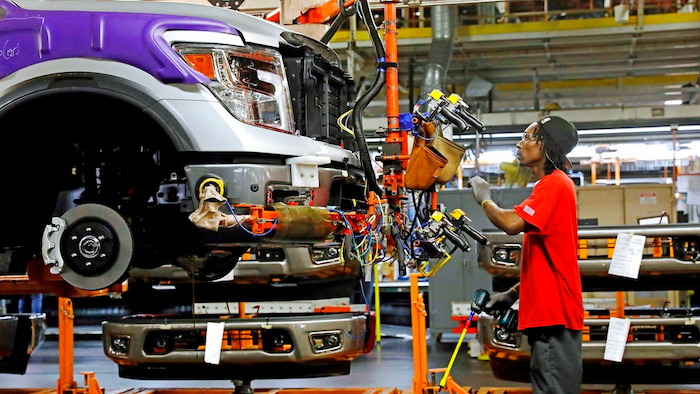 The Federal Reserve said Wednesday that factory output rose 0.5 percent in April after a flat reading in March. In the past year, production has increased a modest 1.8 percent.

U.S. manufacturers have benefited from solid consumer spending, while also facing uncertainty because of steel and aluminum tariffs imposed by the Trump administration. The production of electrical equipment and appliances rose 1.5 percent last month, while the output of steel and other metals fell 0.5 percent.

The figures suggest that business spending may be picking up after lagging earlier this year. Congress passed a steep corporate tax cut last year intended to lift business investment in machinery and equipment, which can make the economy more productive.

Production of industrial machinery jumped 2.3 percent in April, the most in seven months. That followed three months of declines. The output of computers climbed 1.2 percent last month.

Oil drilling companies have sharply ramped up production in the past year as oil prices have moved higher and now top $70 a barrel. That has boosted mining production 10.6 percent compared with a year ago.

Managing Production on a Global Scale