Beer-makers sued after they failed to change a law that forces them to hand over distribution should they sell enough beer to fill an Olympic-size swimming pool. 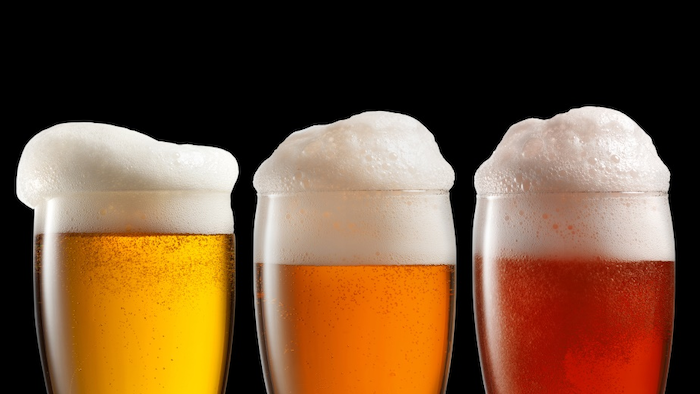 RALEIGH, N.C. (AP) — Craft brewers in a froth over a North Carolina law requiring beer-makers to hand over substantial control of their product to an outside company on Tuesday sought communications involving one of the state's most powerful political interest groups.

The brewery owners sued the state after they and other beer-makers failed for years to change a law that forces brewers to hand over distribution to another company if they ever sell about enough beer in a year to fill an Olympic-size swimming pool.

The Charlotte breweries claim in their suit that the law is unconstitutional because once they've sold more than 25,000 barrels in a year, they're required to give up pricing and sales control of their products to middlemen for virtually as long as their beers are brewed. Brewers hitting that cap must sell everything to a wholesaler, which then sells to stores or taverns.

While many states have similar self-distribution limits, states like Colorado and Washington that have spawned large and well-known craft brewers have caps that are much higher.

The head of one failed North Carolina craft brewery contends the law gives wholesalers the power to decide which brands succeed.

Beer Army Combat Brewery, started by a former Marine at North Carolina's Camp Lejeune, suffered at the whim of a distributor that decided to punish the start-up for also signing a second distributor to sell its IPAs and ales outside North Carolina, founder Dustin Canestorp said in a sworn affidavit filed as part of the lawsuit.

In a similar dispute with any business other than a distributor, Beer Army would have simply terminated its contract and "the parties would have gone their separate ways," Canestorp said.

"Under North Carolina law, however, the relationship between a brewery and a distributor is different" because the beer-maker must buy back distribution rights at a price the distributor sets, Canestorp said. His brewery closed in 2015 after a two-year run.

North Carolina's three-tier system of beer sales was created after Prohibition in the 1930s, in part to keep big breweries from limiting competition and consumer choice by locking up distribution. Since then, major breweries and in-state wholesalers have grown vastly bigger through consolidation.

The law positions distributors to serve the growing craft beer market while overall beer sales have been flat for a generation. A new generation of brewers innovating with hops, malt and unexpected flavors like basil have been growing. Craft beer had 12 percent of the U.S. beer market in 2016, according to the Brewers Association, a Colorado-based trade group.

"We think that current law is sound and responsible policy that maintains safeguards and accountability, and we are confident that upon a thorough legal review the court will come to the same conclusion," Kent said.

A spokeswoman for state Attorney General Josh Stein, whose office is tasked with defending the law, said Baddour's ruling is being reviewed.