The conference call behavior was labeled bizarre by some investors, and Tesla stock was down 6 percent by mid-day Thursday. 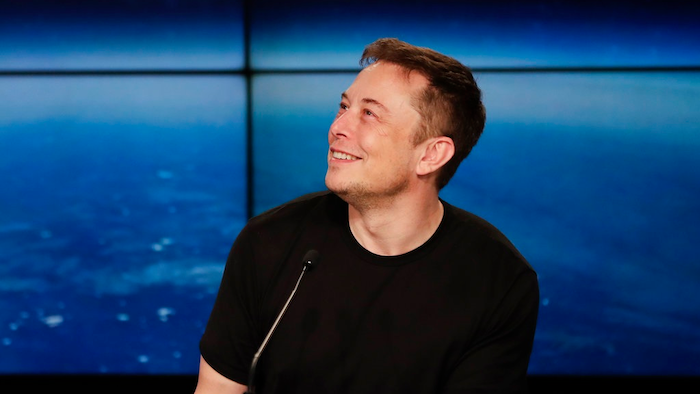 Elon Musk's quirky behavior has long been chalked up to that of a misunderstood genius. But never have his actions caused so much angst on Wall Street. Investors have for years endured millions of dollars in short-term losses in hopes of a long-term payoff. They might have even been able to stomach the $8.3 million that Telsa Inc. burns through each day. But it was a conference call Wednesday, May 2, that left many wondering how much more they can take.
AP Photo/John Raoux, File

DETROIT (AP) — Elon Musk's quirky behavior has long been chalked up to that of a misunderstood genius. But never have his actions caused so much angst on Wall Street.

Investors have for years endured millions of dollars in short-term losses in hopes of a long-term payoff. They might have even been able to stomach the $8.3 million that Telsa Inc. burns through each day. But it was a conference call Wednesday night that left many wondering how much more they can take.

Just after the electric car and solar panel company announced a record first-quarter loss, the Tesla CEO cut off two analysts who sought some basic answers: details about the company's cash needs and orders for its all-important Model 3 mass-market electric car.

"These questions are so dry. They're killing me," Musk said as he dismissed an RBC Capital Markets analyst in favor of a blogger who served up queries more to his liking.

Musk called the analyst questions boring and "not cool."

Shares fell quickly in after-hours trading, and analysts began writing that Musk shouldn't bite the hands that feed his company's enormous cash needs because soon he may need more. By Thursday afternoon, Tesla stock had lost nearly 6 percent of its value.

"While they may be dry in nature, we argue such questions are extremely important for a highly leveraged and cash-hungry company," Morgan Stanley analyst Adam Jonas wrote in a note to investors.

The conference call behavior was labeled bizarre by some investors. It also followed some recent wild tweets by Musk about building a cyborg dragon, how his eyebrows can grab things and an April 1 post in which he wrote, "Despite intense efforts to raise money, including a last-ditch mass sale of Easter Eggs, we are sad to report that Tesla has gone completely and totally bankrupt. So bankrupt, you can't believe it."

To be sure, Musk has joked in the past and poked fun at critics. He often posts updates to his 21.5 million Twitter followers about his companies, retweets posts from happy customers and warns about artificial intelligence.

A Tesla spokesman wouldn't comment on Musk. But the stock slide showed that Wall Street's seemingly endless patience with Musk — who is also a rocket scientist and tunnel company chief — may be growing thin.

Tesla has fallen far short of Musk's promises to ramp up Model 3 production, which the company has said is key to turning a profit. Tesla has more than 450,000 waiting orders, but it can't monetize them unless the cars can be assembled en masse. Without additional cash, some analysts have predicted that Musk faces a reckoning if he needs more money from investors to fund operations, capital spending and debt payments that are due early next year.

Musk, who has tweeted about sleeping at the Tesla factory, said they've overcome automation failures like a "fluffer bot" that couldn't install fluffy Fiberglas mats atop battery packs. The first-quarter loss hit nearly $710 million with a cash burn of $745 million. Free cash flow, which is cash generated minus capital spending, was a negative $1 billion.

But the growing cash burn, slow Model 3 production nearly a year after it began, and rising fixed costs have caused investor concerns to mount.

"This is what puts companies out of business," said Gartner analyst Michael Ramsey. "In this case the demand seems fine, but you can't actually produce those vehicles. The amount of cash required may become so large that they can't find their way out of it through share offerings anymore."

Investors have consistently given Musk a pass for frequent misses of lofty production targets in the past, and Ramsey said that probably won't change. Investors see the targets as shooting for the stars, and they applaud if Tesla makes it only halfway there, he said. If Tesla does run short of cash, big institutional investors such as Fidelity likely will come to the rescue, but that may cause a change at the top, Ramsey said.

In Detroit where auto executives marvel at Tesla's stock price rise despite its losses and production problems, quiet cheers over the company's troubles were almost a certainty. Bob Lutz, a retired General Motors vice chairman and chief spokesman for Detroit's Tesla disdain, said the odd conference call and first-quarter numbers show the reckoning is near.

"It's classic Musk — he doesn't want to talk reality, as reflected by disastrous numbers. He wants to deflect, and mesmerize the crowd with science-fiction tales: Mars, Hyperloop, Semis, Tunnels ... why change? It's worked so far," Lutz said. "He is doomed."

After the conference call cutoffs, Musk, as he has in the past, showed humility and introspection. He talked about building a new factory for a second SUV and hitting 2,000 orders for a proposed Tesla semi. But he said the 15-year-old Tesla right now is focused on getting Model 3 output to more than 5,000 per week, with a good profit margin per car.

"We need to become a profitable company," he said. "It is high time we became profitable. And the truth is, you're not a real company until you are, frankly."