"It's very, very clear that we have to improve the fitness of the company," Ford's CFO said. 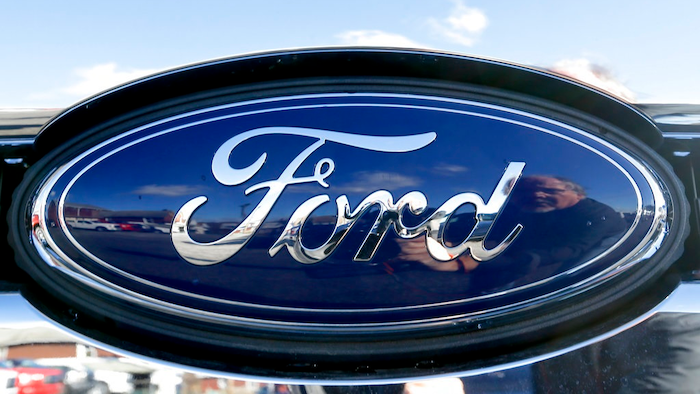 DEARBORN, Mich. (AP) — Ford Motor Co. reported higher fourth-quarter and full-year earnings Wednesday, but the mood was subdued as the company warned that it's facing a tough year.

Sales in North America — responsible for 89 percent of Ford's pretax profits in 2017 — are slowing down after reaching record highs, so Ford will have to fight harder to hold onto its share of that market. Rising interest rates will impact profits at Ford's credit arm.

Ford says it's facing big losses in its mobility unit, which plans to start testing self-driving vehicles in multiple cities this year.

And the company continues to be hurt by rising costs for steel and aluminum, which accounted for a $1.2 billion hit to its 2017 earnings. Ford spends around $10 billion on commodities each year; steel and aluminum make up two-thirds of that total.

Ford Chief Financial Officer Bob Shanks said the company might be able to absorb those hits if it were leaner and nimbler. Ford ended 2017 with a 6 percent adjusted operating margin and expects that to fall this year, far from its goal of achieving an 8 percent margin. By contrast, its chief rival General Motors Co. reported a 7.5 percent adjusted operating margin in the third quarter.

"It's very, very clear that we have to improve the fitness of the company," Shanks told reporters Wednesday.

Ford has said it wants to cut $14 billion in costs by 2022. But on a conference call, analysts expressed frustration with the scant details Hackett has provided so far.

"What's taking the time is we're going through and doing all the fact-based work to find out where the biggest opportunities are," Hackett said. "The more time I've gotten with it, the more hopeful and clear it's becoming to me about where we can find the savings."

For 2017, Ford's full-year earnings jumped 65 percent to $7.6 billion. Shanks said the recent tax reform package gave Ford a $400 million boost in the calculation of its future tax obligations. The company expects its ongoing tax rate to fall from 30 percent to 18 percent in 2019.

Based on its North American performance, the company said its 54,000 U.S. factory workers are eligible for $7,500 profit-sharing checks, which will be distributed in the spring.