"With a report like this, I can't do anything but smile," said Tim Fiore, chair of the ISM manufacturing business survey committee. 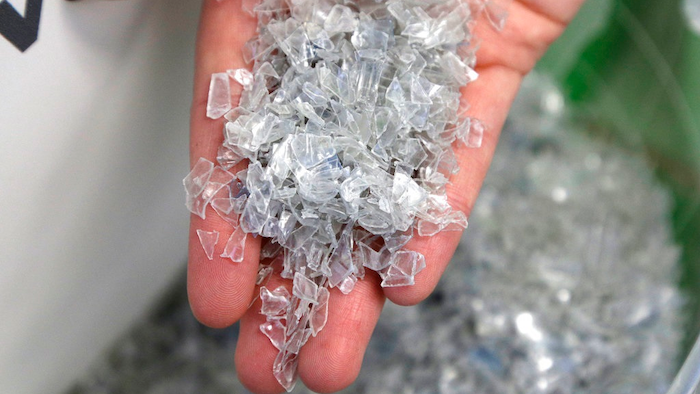 In this Thursday, Oct. 13, 2016, file photo, recycled plastic chips destined to be made in to thread are shown at the Repreve Bottle Processing Center, part of the Unifi textile company in Reidsville, N.C. On Wednesday, Jan. 3, 2018, the Institute for Supply Management, a trade group of purchasing managers, issues its index of manufacturing activity for December.
AP Photo/Chuck Burton, File

WASHINGTON (AP) — U.S. manufacturers expanded at a faster pace in December, boosted by a sharp increase in new orders.

The Institute for Supply Management said Wednesday that its manufacturing index rose to 59.7 last month from 58.2 in November. Any reading above 50 points to greater factory activity. Manufacturing has been expanding for the past 16 months.

"With a report like this, I can't do anything but smile," said Tim Fiore, chair of the ISM manufacturing business survey committee.

U.S. manufacturers have been helped this year by a solid global economy and a decline in the dollar's value, which helps to make exports more competitive abroad. Firms will soon see whether the lower corporate tax rates signed into law by President Donald Trump will help to push profits and growth even higher.

New orders jumped in December to the highest level since January 2004. Production also rose. The pace of hiring slipped, although it remained positive.

The ISM, a trade association of purchasing managers, said 16 of 18 manufacturing industries expanded in December. Among the sectors seeing growth were machinery, computer and electronics and chemicals.

Other measures point to steady growth.

The Federal Reserve said that factory output in November had increased at an annual rate of 2.4 percent.

Through the first 10 months of the year, factory orders have risen 5.6 percent, according to the Census Bureau.