It is forcing chemical plants and factories to shut down.

Joe McDonald
In this file photo taken Tuesday, Feb. 28, 2017, a passenger airliner flies past steam and white smoke emitted from China Huaneng Group's Beijing power plant that was the last coal-fired plant to shut down on March 18, 2017, as the Chinese capital convert to clean energy like thermal power. Chinese authorities have commandeered supplies of natural gas to heat homes, disrupting supplies to industry, after efforts to clear smog-choked air by banning coal use led to energy shortages in frigid weather.
AP Photo/Andy Wong, File

BEIJING (AP) — Chinese authorities have commandeered supplies of natural gas to heat homes, forcing chemical plants and factories to shut down, after efforts to clear smog-choked air by banning coal use backfired by causing energy shortages in frigid weather.

The disruption highlights the government's difficulties in its campaign to clean up China's smog-choked cities and reduce reliance on coal.

The latest shortages stem from Beijing's effort since 2013 to shift 3 million households in China's north to gas. That boosted demand while supplies failed to keep pace.

The overall economic impact is unclear, but gas supplies to factories and other industrial users in areas throughout China have been reduced or cut off.

"The situation is quite serious due to the suspension of gas supplies to industrial and commercial consumers in hopes of meeting the demand from civilian use," said Chen Yunying, a gas industry analyst for ICIS in Shanghai.

On Tuesday, German chemical giant BASF invoked "force majeure," or forces beyond its control, for a disruption in supplies of MDI, an ingredient in polyurethane used in packaging, from its facility in Chongqing in the southwest. BASF said it had no word when gas supplies would resume.

The gas company in the central city of Wuhan, a center for auto manufacturing and other industries, announced last week supplies to commercial customers were being shut off "to ensure people's basic needs."

China, the world's biggest energy consumer, is investing heavily in solar, wind and other renewable energy to help clean up its despoiled environment. But it is forecast to rely on coal for at least two-thirds of its energy for the foreseeable future.

On Monday, the Chinese-led Asian Infrastructure Investment Bank announced it approved a $250 million loan to connect some 220,000 rural Chinese households to a natural gas distribution network

State-owned energy companies have invested billions of dollars to develop shale gas and other sources, but supplies have failed to keep pace with surging demand.

Total gas consumption from January to August rose 17.8 percent from a year earlier, outstripping a 10.8 percent production increase, according to a Cabinet planning agency, the National Development and Reform Commission.

Combined with unexpectedly low imports, that left China with a 10 billion-cubic-meter shortfall this winter, according to Chen of ICIS. He said that compares with total annual consumption of about 220-230 billion cubic meters.

News reports say the swift switch in northern China left some households without heat after coal was banned.

The business news magazine Caixin said its reporters found nearly half the 300 households in Zhouzhou, a village in Hebei province, which surrounds Beijing, had no heating for several weeks in temperatures as low as -6 C (21 F). It said farm families had been ordered to dismantle coal-fired furnaces before gas pipelines were laid to their homes.

"The government's effort to shift from coal to gas as an energy source is a good policy that can improve air quality," said Chen of ICIS. "But during implementation, some governments went too far and rushed to cut coal supplies when they hadn't found supplemental gas supplies yet."

The city government of Beijing, which in March closed its last coal-fired power plant, issued an emergency order last week to restart a coal-burning generator.

China's annual gas production is forecast to more than double to 340 billion cubic meters in 2040, with shale gas a major contributor, according to a report this week by the International Energy Agency. But it said consumption should grow even faster, reaching 600 billion cubic meters.

To boost imports, government oil companies are spending billions of dollars to build pipelines from gas fields in Russia and Central Asia.

On Wednesday, China National Petroleum Corp. announced it was speeding up laying pipe for a 3,371-kilometer-long line from Russia. Construction began in 2015 and is due to be finished in 2020. 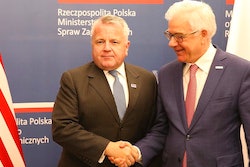 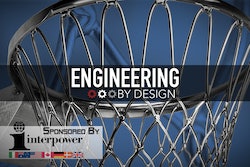