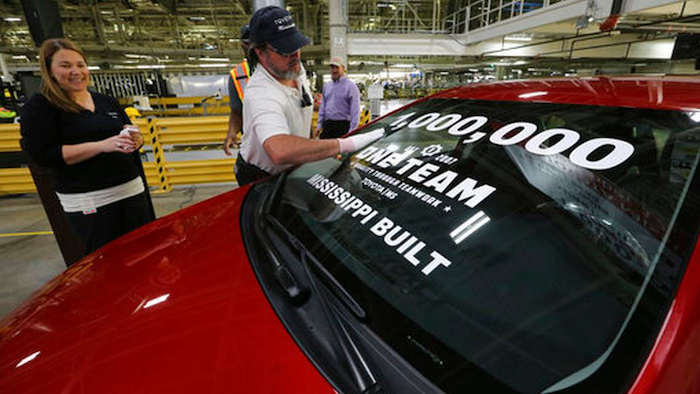 Brad Collins makes on last inspection and wipes down the car before a ceremony to celebrate the 1,000,000th Toyota Corolla to roll off the Toyota Motor Manufacturing Mississippi Plant, Tuesday, Dec. 12, 2017, in Blue Springs, Miss.
The Northeast Mississippi Daily Journal via AP

The company made the announcement Tuesday, a little more than six years after it started assembling cars at the $800 million Blue Springs plant.

The Japanese company marked the 10th anniversary of its groundbreaking earlier this year with a series of celebrations.

Incoming plant president Sean Suggs saluted workers and supporters at a ceremony featuring the red sedan, which went through the plant with decals saluting its status.

About 2,000 people overall work at the Union County plant, including 1,550 who work directly for Toyota.