The company's hasn't released a new candy bar with the Hershey's name since 1995. 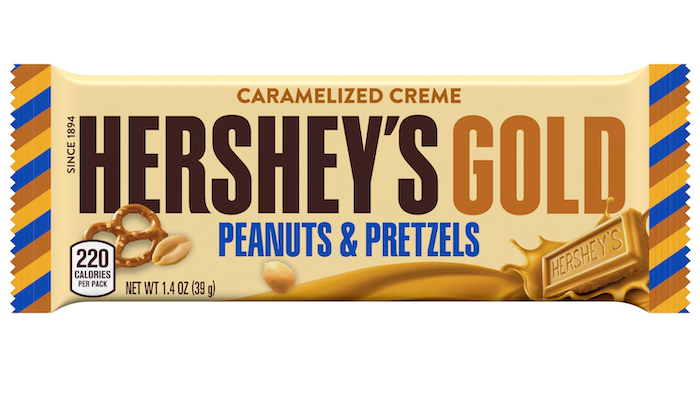 This image released by The Hershey Company shows their new candy bar Hershey's Gold that will go on sale Dec. 1, 2017. It’s described as a caramelized cream bar embedded with salty peanut and pretzel bits.
The Hershey Company via AP

PHILADELPHIA (AP) — The first new candy bar to carry the Hershey's name in more than two decades is set to hit shelves next month.

Hershey's says the bar is a response to trends that it says show "the rising popularity of crunchy multi-textured candy."

Hershey's Gold will be the fourth bar for the brand and the first new one since Hershey's Cookies 'n Creme was introduced in 1995.

The original Hershey's bar was released in 1900 and was followed up by the special dark variety in 1939.