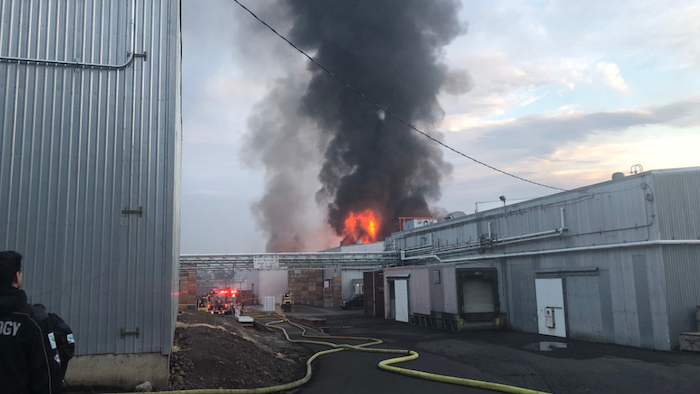 KING-TV reports the fire started at 5:45 a.m. Wednesday at the Underwood Fruit and Warehouse Company plant. It caused power outages in Bingen.

The packing warehouse continued to burn into the afternoon in Bingen, across the river from Hood River, Oregon.

According to its website, Underwood Fruit and Warehouse packs and ships for 55 area growers. The company was formed in 1917 by seven local growers.

He said no one was in the buildings where fire broke out. The company employs about 270 workers at the site.