The layoffs are due to an industry-wide market turndown.

Ilion Mayor Terry Leonard tells the Observer-Dispatch of Utica that he received a call from the plant manager on Thursday. Leonard says the Ilion plant layoffs were due to an industry-wide market turndown.

The Madison, North Carolina-based firearms and ammunition manufacturer laid off 122 workers at the Mohawk Valley plant in March. Before those layoffs, Remington's Ilion plant employed about 1,100.

Leonard believes the company will remain in the town. He says when he worked for the manufacturer there were "ups and downs" that related to shifts in supply and demand.

Remington did not return a request for comment Friday. 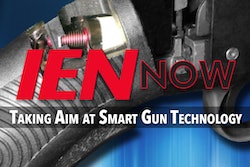