Production has decreased by 40 percent due to an influx of foreign-origin uranium being used by nuclear plants.

According to a report from the Energy Information Administration, production of U.S. uranium concentrate decreased 40 percent between 2014 and 2016, with last year registering the lowest production levels since 2005. Uranium production has been affected by falling prices - from $34 per pound in January 2016 to $18/lb. in November, the lowest uranium spot price since May 2004.

Production of uranium concentrate has remained low in 2017, totaling just 0.45 million pounds during the first quarter. If production were to remain at its first-quarter level for the entire year, annual production in 2017 would be the lowest level since 1952.

Spot prices for uranium ore fell significantly in 2016, from $34.65/lb in January to $17.75/lb in November, the lowest monthly spot price since May 2004, before increasing to slightly more than $20/lb in December. Prices have remained below $25/lb so far this year. Uranium prices have generally trended downward since their peak of $135/lb in June 2007. 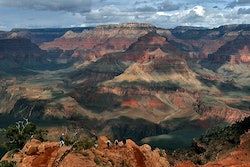