Along with the two additional Westinghouse AP1000 reactors being constructed in Georgia, the South Carolina reactors are the first of their kind to be built in the U.S. 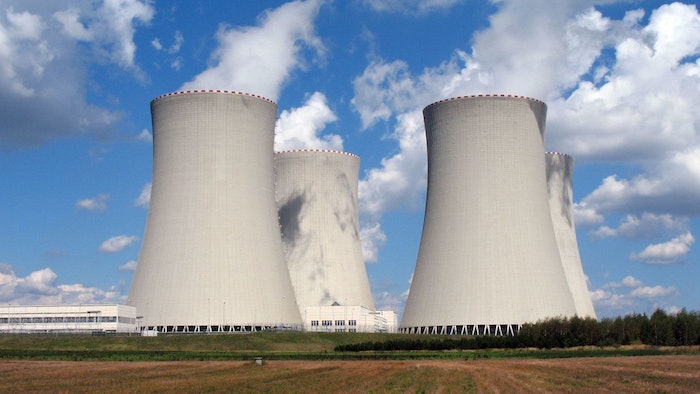 COLUMBIA, S.C. (AP) — The head of a utility that's building two of the country's newest nuclear reactors told South Carolina regulators on Wednesday that abandoning the project is an option under consideration.

The comments came weeks after the contractor building the reactors announced it was filing for bankruptcy protection.

"Our preference would be to complete the units for the benefit they would provide to our system," Kevin Marsh, CEO of SCANA Corp., told the Public Service Commission, saying other options including finishing one or both reactors.

Marsh spoke at a hearing in the wake of the bankruptcy of Westinghouse Electric Co., which has been building two new nuclear reactors at the V.C. Summer Nuclear Station in Jenkinsville, about 30 miles northwest of Columbia.

Westinghouse, the U.S. nuclear unit of Japan's Toshiba Corp., filed for bankruptcy protection last month, calling into question the future of a number of multibillion-dollar nuclear projects, including the South Carolina site and a similar project at Plant Vogtle in eastern Georgia.

Such projects are rare. Along with the two additional Westinghouse AP1000 reactors being constructed at Plant Vogtle, the South Carolina reactors are the first of their kind to be built in the U.S.

SCANA's electric utility component, South Carolina Electric & Gas Co., owns 55 percent of the plant. For years, its customers have funded the reactor project through a series of rate hikes approved by state regulators. The state-owned utility Santee Cooper owns the other 45 percent, and it's unknown how ratepayers will be impacted by the Westinghouse bankruptcy.

Santee Cooper already has increased rates by 3.7 percent in both 2016 and this year to help pay for the new nuclear units.

SCE&G has raised electric prices on its customers nearly 20 percent since 2009 to pay for the project, which is behind schedule and over the original projected cost.

The first reactor at V.C. Summer had been expected to go online in August 2019, with the second following a year later. Officials have attributed delays to previous suppliers unaccustomed to the high degree of scrutiny associated with nuclear work.

SCANA executive Steve Byrne said Wednesday that about 34 percent of construction at the South Carolina site is completed.

As he told investors on a call following the Westinghouse bankruptcy announcement, Marsh said Wednesday that SCANA remains in its 30-day evaluation period and may need more time to determine how it will move forward. And, he reiterated, SCANA was pursuing options for completion of the $14 billion project, with or without Westinghouse, promising to bring regulators another update after the initial evaluation period is complete.

"We anticipate that any plan to complete the units will include Westinghouse in some capacity, but not in a lead role," he said